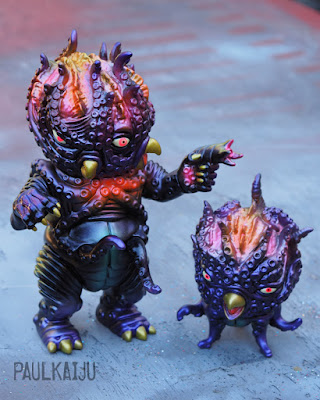 You know what you could do with an hour of your time?  You could be watching Westworld on HBO, which is like if Philip K. Dick had written Deadwood.  It's so good that you could just watch the opening credits and feel like you've just witnessed something magical.  Sharon and I marathoned the first three episodes and are now going through withdrawals waiting for the fourth.  The first episode was so good that the entire show could have ended there and you wouldn't have been upset.  You would have wanted more, but they packed so much story into it that it could have stood alone as a great art film.  Just go watch it and thank me later.  But finish reading this post first because that would be the polite thing to do.

This toy is rooted more in the aquatic world of Jules Verne than science fiction, but that doesn't make me love it any less.  Paul Kaiju's Hyper Kraken is returning in the incarnation you see above and will be part of a lottery system this Sunday with an extremely limited window.  Beginning October  23rd at 6pm pacific time and lasting for only one hour, you will have the chance to enter via http://paulkaiju.com to be able to purchase this magnificent figure.  Cancel your plans, take your vitamins, and say your prayers and maybe you will be lucky enough to own one of these. 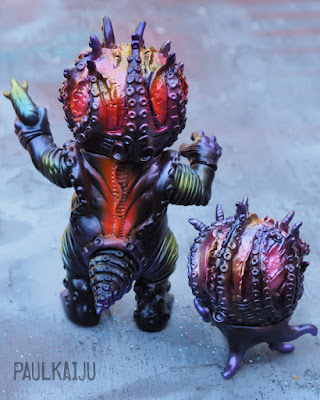