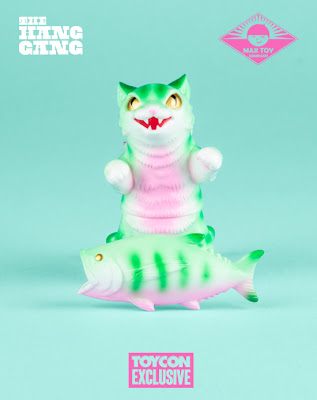 The Revolutionary War was a crock.  There, I said it.  I am royally peeved that I was robbed of the possibility of having a cool British accent over some taxes that people didn't want to pay.  Sure, I've made up for it slightly by forcing my inner thoughts to sound like James Bond, but that is not as awesome as it could be.  Everything just sounds so much better with a nice British accent.  You can literally read out loud from the phone book and it sounds like high literature.

You know what else the British have that I want?  Well, other than universal health care?  Exclusive toys for ToyConUK!  The Hang Gang has already tormented me with a few releases they'll have available but now they are trying to send me to an early grave with these.  I want them so bad I can feel my organs shutting down.   Especially that Kaiju Negora from Max Toy Company that you see up there.  It's combines two of my favorite things:  toys and cats, so of course I want one.  These are ridiculously hard to get whenever there's a new one released so if you're going to the convention I would make this my first stop. 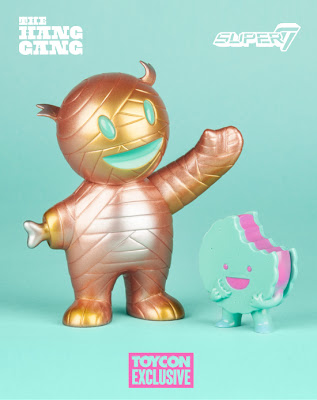 Ahhhhhh the torment continues!  They also have 2 exclusive figures from Super7:  a full size Mummy Boy and a Foster.  Oh, the humanity.  They can sense my need for all of these toys I just know they can. 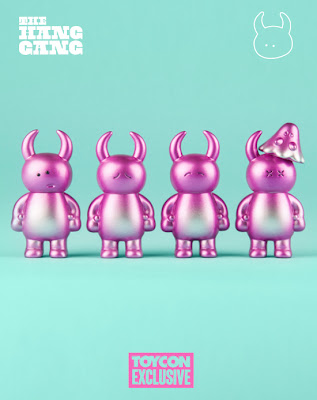 And they also have exclusive figure from Uamou.  They only made 3 full sets of these figures and you can buy them all together or individually.

These are some pretty cool exclusives and really make me wish I could hop on a plane and attend this convention.
Posted by Chris at 6:33 AM