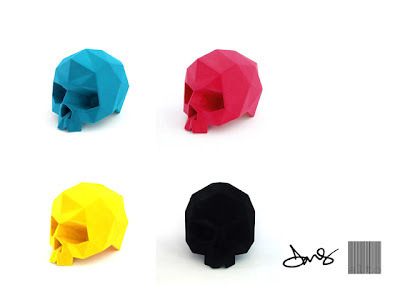 Ever since I originally posted about these skulls everyone has been asking me how to get them.  Well, now I can tell you.  These Skelevex resin skulls will be available at alto's booth at ToyConUK.  This collaboration with DMS has varying numbers available per color and the price will be between £100 - 125GBP depending on which one you go for.  No word yet on whether or not they will be available afterwards, but I can't imagine they won't make more.  Gotta get one in classic white, or maybe a nice aged one that looks like it was just dug up from your uncle's basement.  You know, in that dirt patch under the model train set. 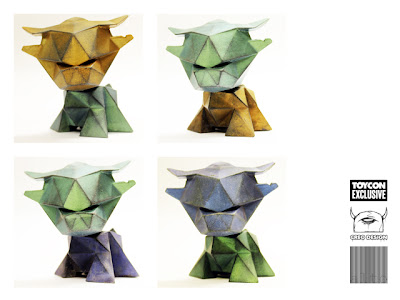 They will also have their little geometric Boxen of Oxen.  Each one of these mix and match figures is an edition of ten and they were made in collaboration with Creo Design.  Get 'em for £25GBP each. 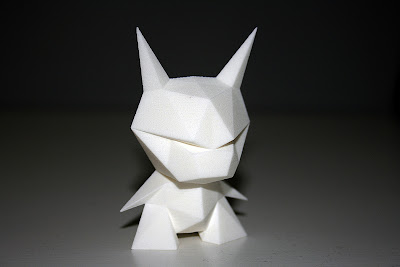 If you'd like to add your own spin on an Evil Origami character they will have blank ones available for £15GBP each.  Many other artists have already interpreted this critter and they will also be on display for convention goers.  Our friend Lisa Rae Hansen and a ton of other folks will have their creations featured for you to check out.