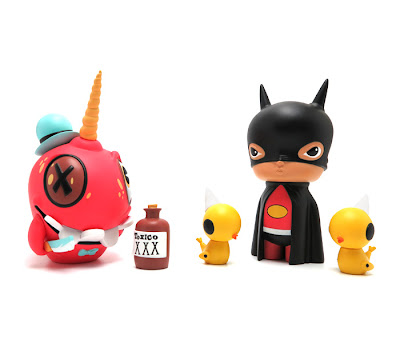 I'd love to see a narwhal in person someday.  There a close second on my list to the great white shark, but seeing either one would make me extremely happy.  I guess you couldn't get in one of those shark diving cages to see a narwhal though, cause if he wanted to get close you risk getting impaled by his giant horn.  Has that ever happened before?  (UPDATE:  I just looked it up on Google and the only things involving "impaled" and "narwhal" seem to be in jest.  Looks like it is a silly thing to worry about).

Mortimer the Mortician isn't as interested in running you through with his horn as he is in preparing your body for its eternal dirt nap.  This narwhal was created by Brandt Peters and come complete with a meat clever and a jug of embalming juice.  $60 will get you one of the four colorways you see here.

His friend Oliver was created by Kathie Olivas and resembles a rich little orphan that will one day grow up to defend the city of Gotham.  His little birdy pals supposedly like to feed on corpses.  Me think they should strike a deal with the mortician to make his work load a little less cumbersome.  $60 for each of the four colors that this masked boy come in.

Only 200 of each colorway of these figures were made by the folks at Artoyz Paris.  They should be releasing soon. 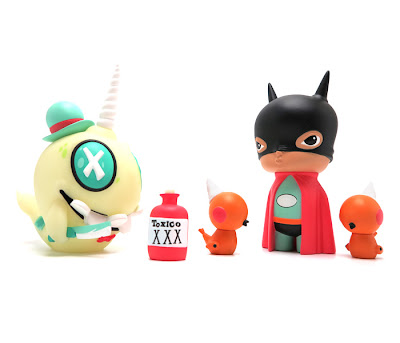 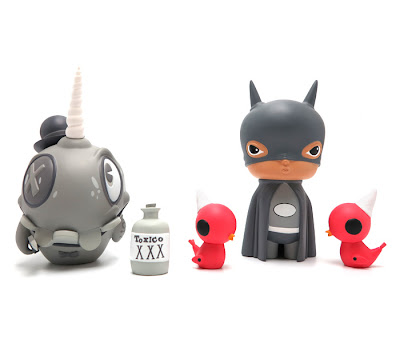 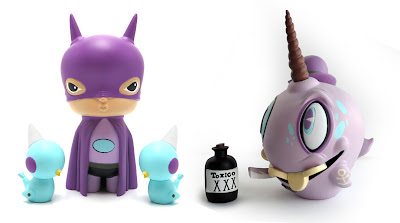