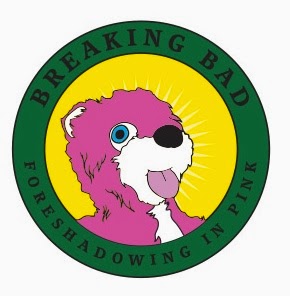 Breaking Bad is the best show ever in the history of tv so just stop watching tv if you've already seen it because nothing will compare to it and you'll be sad and constantly wonder what Walter White would have done in every show.  You'll be watching Project Runway and Heidi Klum will send someone home, and you imagine Walt looking at her with all seriousness as he says "I'm the one who auf wiedersehens" and pulls something from his pocket and blows the place to hell.  I just made that show a thousand times better.

When they were filming Breaking Bad the producers would give out challenge coins at the end of each season to reward the cast and crew.  Mezco has taken that idea and made some that you don't actually have to mortgage your house to afford.  There are only 4 designs left (one sold out pretty quickly) and they are being sold exclusively through 3 different retailers.  The pink bear is an exclusive to Fugitive Toys,  the car wash one is sold through Big Bad Toy Store, and the Saul Goodman and chicken joint coins are available from Vegas Dead Dolls.  Get em quick or be sad forever. 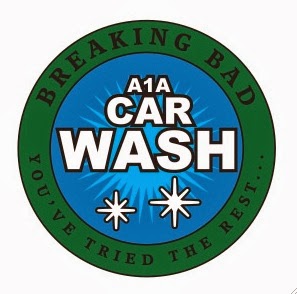