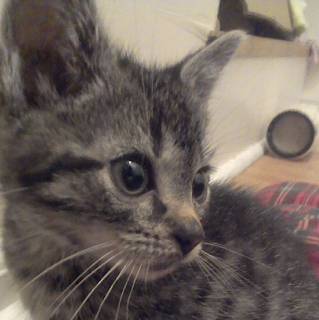 So we've had two new additions to our family, which has really monopolized most of my free time.  The little dude you see above is Jorah, and the cute little lady down below is Daenerys.  So yeah, as the names indicate, we're Game of Thrones nerds, plus we needed names that had the same fanciness as Wednesday, Ophelia, and Icarus.  You can't just name em Ted and Sally when you've set the bar that high.  Thus far they have been confined to one portion of the house, so they have yet to discover all the crazy toys we have laying around.  I wonder what they're gonna think of all of it.  I know whenever we have people over you can see them constantly glancing around, trying to determine what illness we could have to make us want to live in Pee Wee's Playhouse.  That or they're trying to figure out the weakness in our security and rob us blind.  Who's to say.  Hopefully these new cats are better at typing than our other ones, so I can just dictate these blog posts to them and they can handle the rest.  I do pick up their poops, so I don't think it's asking a lot in return.  And it would really preserve the stream of consciousness vibe that I sometimes lose cause my typing ability is best described as "haphazard."  Can you tell that it's a slow time of year for toy news? 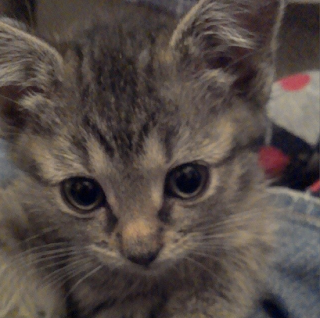