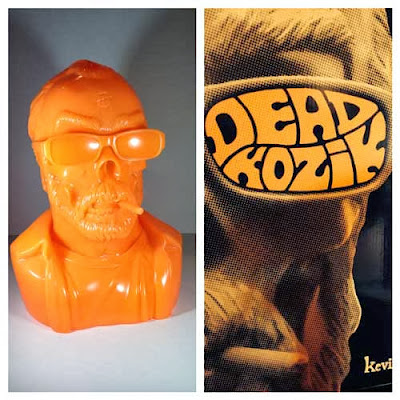 Being Frank Kozik sounds like an awesome job.  Sure, he's worked hard to get where he's at, but now it must be where all the awesome perks kick in, like makin toys and pettin cats all day.  He's so popular that people are clamoring to put his half rotten head on their shelves to look at every day.  That's when you know you've made it.  If orange is your color of choice then you can "head" (see what I did there?) over to www.frankkozik.net on your Google machine and get one of these limited busts that Kevin Gosselin made.  Tell it your secrets, ask it for advice, or just bring it cheeseburgers every day as an offering.  The crazy possibilities are endless! 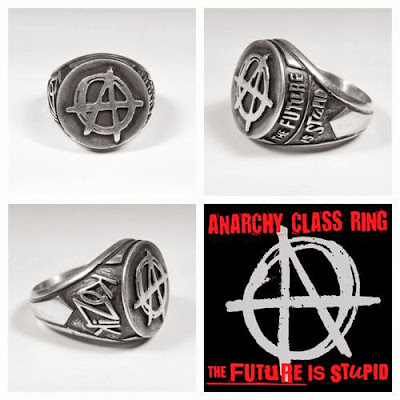 Ok, now where was this when I was getting engaged to my wife?  This could have saved me a ton of cash and the catch phrase on it could have prepared her for the years of being married to me.  I bet this sucker would give you special powers too, kinda like the Green Lantern.  Like, the "power to be locked up in the psych ward for trying to use your special powers on unsuspecting people until they called the police".  Even if it doesn't make you any more super than you already are, it still looks cool, and at the end of the day that's still a win.  This is also available right now on www.frankkozik.net.