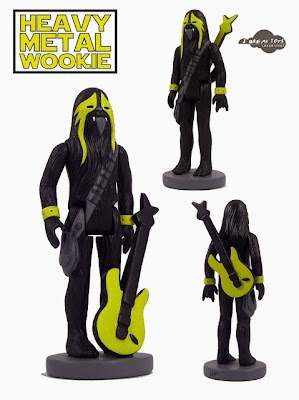 Of course Chewbacca is a metal fan.  Do you think anything covered in that much hair is not listening to Iron Maiden?  Lisa Rae Hansen/I Break Toys has really outdone herself with this figure, and it's better than anything Star Wars has officially released in the last ten years.  She took an old school action figure and made it better, which is not something that's easy to do with such an iconic character.  If you want one for your collection (you do, I can see it in your eyes) then you better be quick when these go on sale tomorrow, December 12th, at 10pm GMT cause everybody's gonna want one.  And no, they most likely won't let you play with theirs.