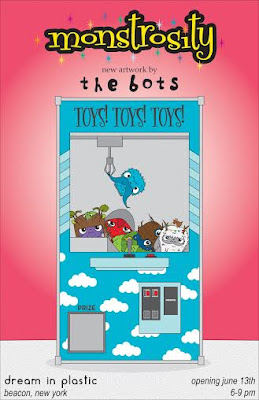 I can imagine its hard for adorable things to be taken seriously when they're mad.  Being adorable means that you're adorable no matter what you do, so raising a stink about something becomes a pointless endeavor.  Not that I've ever had this problem, but I try to imagine if Hello Kitty was pissed off at me whether I'd be able to have a discussion with her about it or if I would just think it was cute.  Or if I would be self aware enough to realize having a conversation with a fictional character probably meant I needed to get my meds adjusted.  Who can say.

The Bots are known for making cute little critters that seem to be in a bad mood and you can see a boat load of them when their first ever solo show opens at Dream In Plastic tomorrow.  Speaking of dreams, I had one last night that I was gonna be on the show Sons of Anarchy, but before we started filming we had to go through a boot camp to get ourselves prepared.  I didn't do as well as I would have hoped because I didn't realize their would be so many pull ups involved.  I woke up before I could face the humiliation of being cut.

If you're in the Beacon, New York area go and check out the opening reception of the show from 6-9pm and buy some toys. 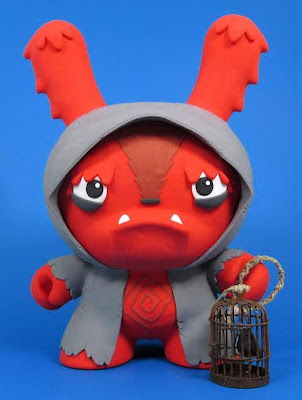 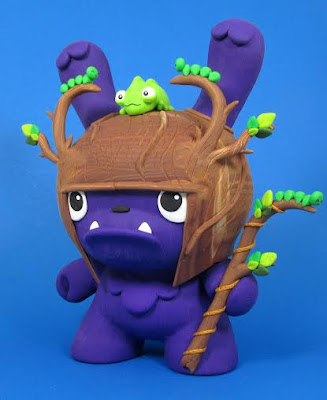 Email ThisBlogThis!Share to TwitterShare to FacebookShare to Pinterest
Labels: Dream In Plastic, The Bots