Kirk Hammet is living the life you wish you had. He's the lead guitarist in the biggest metal band in the world, he surrounds himself with every iconic horror movie prop he can get his hands on, and...and...what other proof do you need?  Oh, he has his own horror convention and his own toy company, which will feature some exclusive releases at San Diego Comic Con.  Not only will you get a sweet figure out of the deal, but buying one of them will give you the opportunity to meet the man himself.  If you're real nice he may help you figure out why you just can't quite nail the opening to "Master of Puppets."  But probably not, though.

Take a look at this graphic for more info on the people he's sharing a booth with including Nuclear Blast Records, Stern Pinball, and JSR Merchandising.  I want those Metallica and WWE pinball machines.  And that GWAR shirt.  And the toys.  I just want everything! 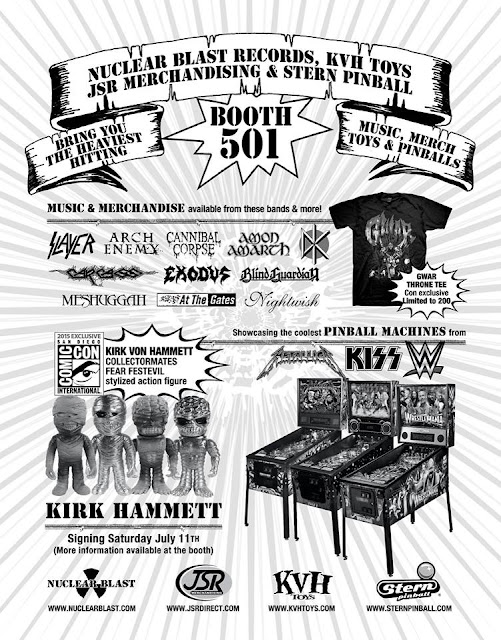