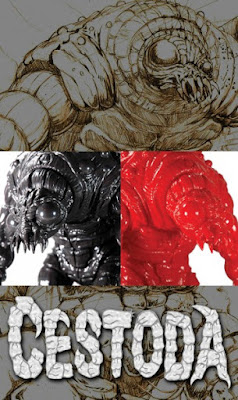 Did you watch True Detective last night?  I liked last season but good Lord have mercy I am loving this new one.  Last year my wife and I coined the term "Haunted Bayou" which we determined was our favorite genre.  This year we have invented "California Noir", which we now think may be our newest favorite genre of television.  We had another term involving the Appalacians but I can't remember it right now so it probably wasn't nearly as impressive.  We've just realized we prefer stories that are set in certain parts of the world, and our country is so drastically different that particular areas lend themselves to better story telling than others.

Cestoda from Miscreation Toys x Toy Art Gallery demands a setting in which he can cause the most destruction, so you can't tell a story about this guy in Oklahoma.  He's gotta have some huge body of water to rise up from and a packed city with lots of people to eat and structures to destroy.  Could you imagine him just stomping around in a barren field, bored out of his mind and forced to hear about high school football?  Nobody wants to watch that movie.

You could make this behemoth the story of your own home movies as he is available for preorder right now.  You could get a red one, a grey one, or buy em both and start your own giant monster wrasslin league.  They're $175 each and available only from www.toyartgallery.com through July 2nd. 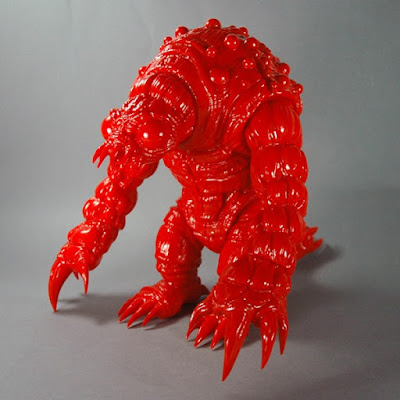 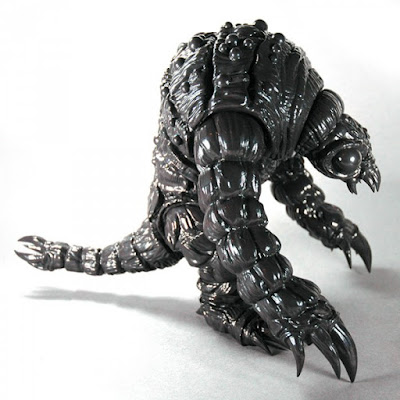