You Want Dunnys? Check Out All of These Available for Preorder Right Now 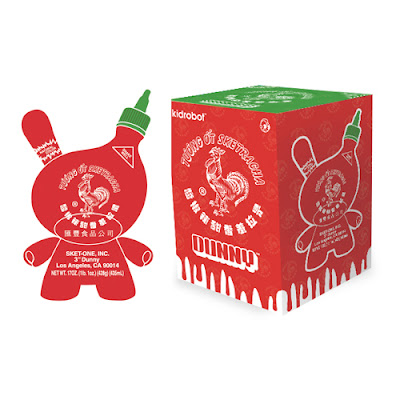 My head is literally ready to explode with all of the amazing Dunnys that Kidrobot is coming out with this year.  If this is what the future of this company looks like then we are in for many years of toys I desperately need.  You've got a healthy mixture of well known vinyl artists, some that are completely new to the vinyl world, and fan favorite designs that made the jump from 3 inch figures to 8 inch.  Let's get started so you can see where your money is going this year.

Sket-One self-produced a pretty killer version of this Sketratcha Dunny some time back and now it's getting a proper vinyl release as a 3 inch figure.  There's gonna be a chase version as well, which I'm not gonna spoil for you in case you haven't seen it.  $14.99 will get you one. 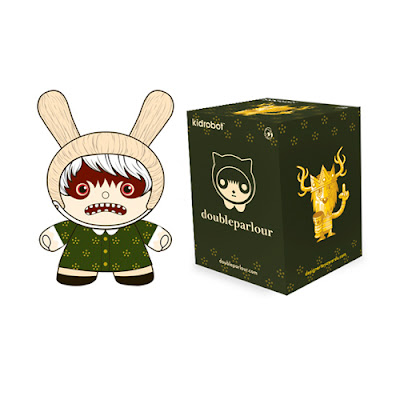 I can't say enough good things about doubleparlour.  Admittedly, I was a bit late to their appreciation party, but I'm trying to make up for lost time.  I'm in love with everything they do and this Dunny is no exception.  This 3 inch toy is on my must have list and at only $14.99, I won't feel guilty about it either. 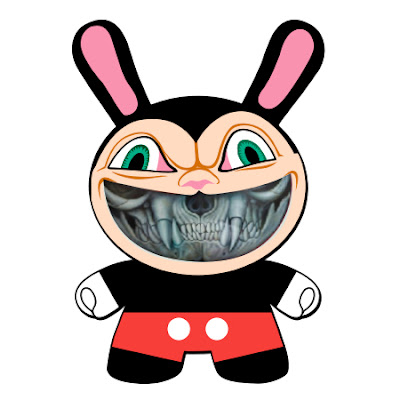 Ever wondered what a certain famous mouse looked like when he went home, removed his kid friendly exterior, and exposed what was really lurking underneath?  Yeah, me neither, but I have no problem believing that behind that smile lies a creature that feasts on equal parts cash and children's souls.  A balanced diet is important after all.  Ron English and his sinister friend are making the jump from the Apocalypse blind box series to a full 8 inch production figure.  For $74.99 you can have him stare at you as you plan your next trip to the happiest place on earth. 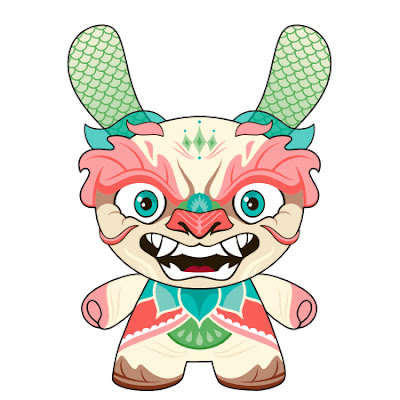 And people think that no one listens to their pleas?  Well, when your demands aren't ridiculous, this can be the result.  Scott Tolleson's Lotus Dragon was next to impossible to get as part of the Evolved Dunny series, so thankfully its 8 inch counterpart will be much simpler to obtain.  All you need is $99.99 and a bit of patience and you could have this delivered to your door in the Fall.  Go ahead and add this to my must have list. 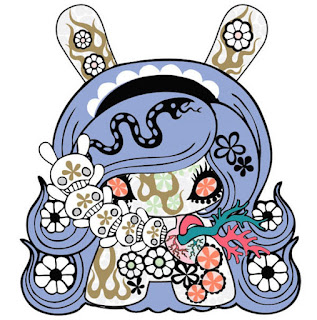 This one has a special place in my heart, because I was able to not only hold the prototype in my hand, but take a picture of it that circulated pretty quickly around the internet.  I felt like a proud father.  Not only did Junko Mizuno's design make the jump from 3 inch to 8 inch, but they added some elements to it as well.  The thing is stunning in person and I've been waiting patiently to be able to get one since I first saw it in February. 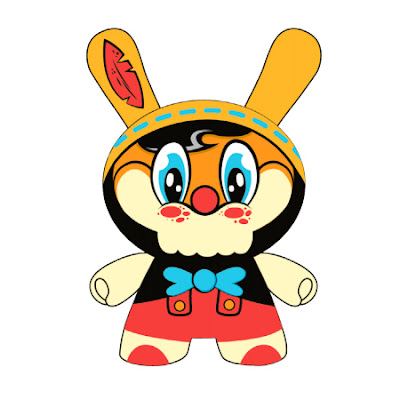 This is what I like to see.  Someone working their butt of painting figure after figure, honing their craft, and then getting rewarded with their own production toy.  It's happened before but I feel it's going to happen a lot more now that the stable of artists Kidrobot is pulling from is pretty much endless.  Maybe I'll get my own Dunny?  I gotta make a phone call.

Wuzone seems inspired by everyone's favorite pathologically lying puppet, but put enough of a spin on it to make it feel fresh.  I know what you're thinking, you're thinking: "How will I possibly afford all this?"  For one, don't worry, just stop paying those annoying student loans.  Secondly, this dude is priced at only $59.99.  It's like a throwback price!!! 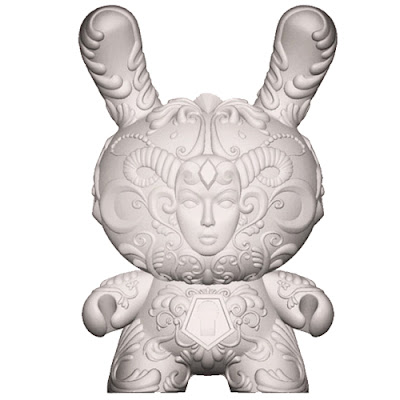 Sweet mother of plastic what is this you have bestowed upon me?  J*RYU has just changed everything you thought a Dunny could be.  Not only is it not character driven, but the design, and sculpting, and the detail.  I think I just got the vapors.  And to top it all off it pretty much demands to be the centerpiece of your collection as it stands a whopping 20 inches high.  Forget buying a new shelf, you're gonna need an alter for this.  Now she ain't cheap at $449.99, but I can guarantee you it's worth every penny you have to steal.

Each one of these, and The 13 Dunny series from Brandt Peters that I've previously written about, are all available for preorder right now from your favorite designer toy stores.  No more sweating on release day, no more pounding the refresh key on your laptop, or frantically driving from store to store, or pacts with dark forces trying to secure the one's you need.  This is a glorious time to be a collector.
Posted by Chris at 9:15 AM