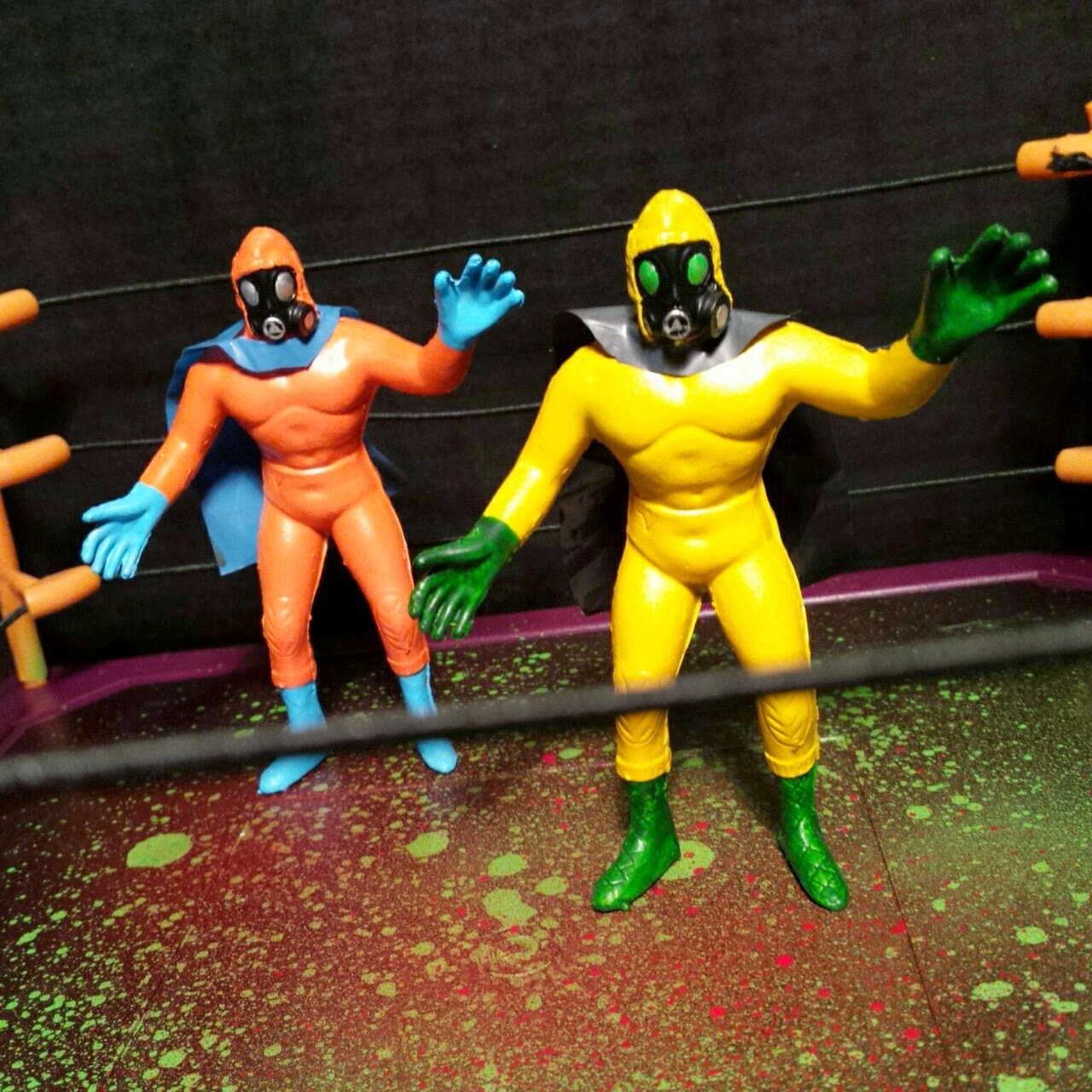 It's no secret that professional wrestlers are notorious for using so called performance enhancements.  Those vitamins Hulk Hogan was always telling you to take didn't come in the form of chewable Flintstone characters.  What I'd really like to see is a wrestling league where everyone is doped up on illegal drugs and fight till no one has any teeth left.  Could you imagine a bunch of gross old meth heads beating the snot out of each other?  I can, and it is glorious.  I'm gonna start the CHWF, or Crack Head Wrestling Federation, make millions off of the pay per views, and retire to some European country.

The geniuses at Goodleg Toys have inspired my next entrepreneurial endeavor with the release of the second series of Tok-Sicko MehiKO.  One of the dude's names is actually El Meth-Ador, which I totally need in my new wrasslin company.  They also have some blank 3 packs so you can create your own luchador personas.  They're available now for $17 each of the two you see above, and $30 for the three packs at http://goodlegtoys.storenvy.com/. They're all handmade and stuff too!