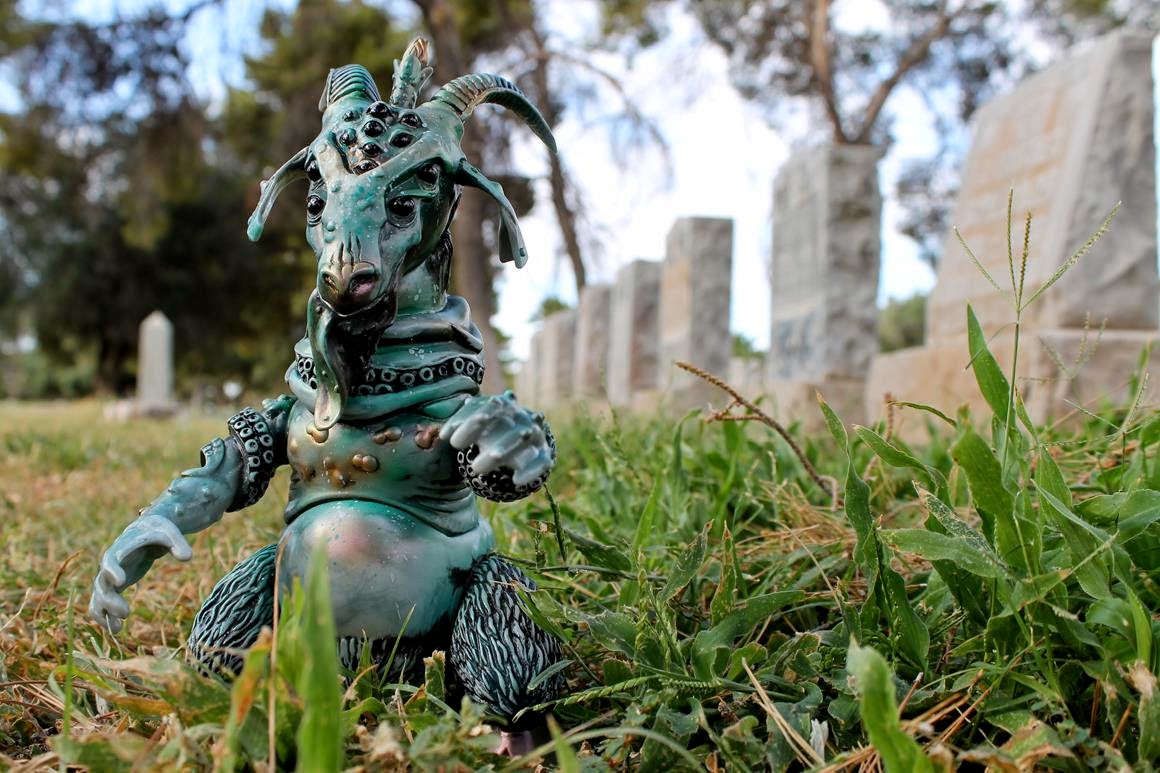 People are always asking me for advice on how to woo the fairer sex.  Actually, no one has ever asked me that, but I'm gonna tell you anyway with an example from this past Sunday.  First, my wife and I drove out to the boondocks of Pennsylvania to do a bit of antiquing.  There's nothing women love more than buying dead people's treasures.  Gets 'em all in the mood for romance. Next we ate lunch at our favorite spot in the continental US that serves German food.  After gorging ourselves on piles of meat we then headed home to watch the WWE wrasslin pay per view.  And that my friends is not only how you show a woman a good time, that is how you stay happily married.  If they aren't impressed by a date like that you should cut your loses and leave them on the side of the road because it's obvious they're terrible people.

This San Diego Comic Con exclusive Shub Zeroth reminds me of some good antiquing with that nice patina he's sporting.  I'm a sucker for a good patina, and I want this dude pretty badly.  I would not be opposed to showering you with praise if you buy me one.  Metacrypt made him, DSKI One painted him up, and he will be available at 1pm Thursday at the Lulubell Toys booth # 5047.  They will also have some unpainted grey versions and some green and white severed heads that are fun for kids to play with.  If anything doesn't sell (which would be stupid of all of you attending) it will be made available at Brian Ewing's booth # 4503. 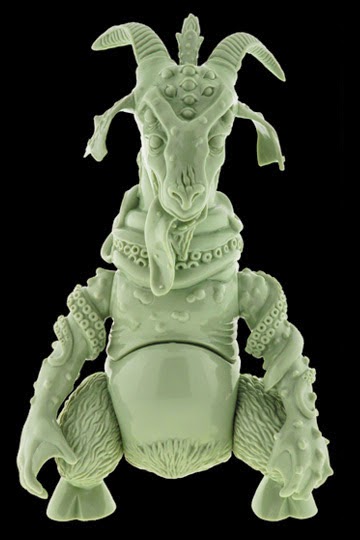 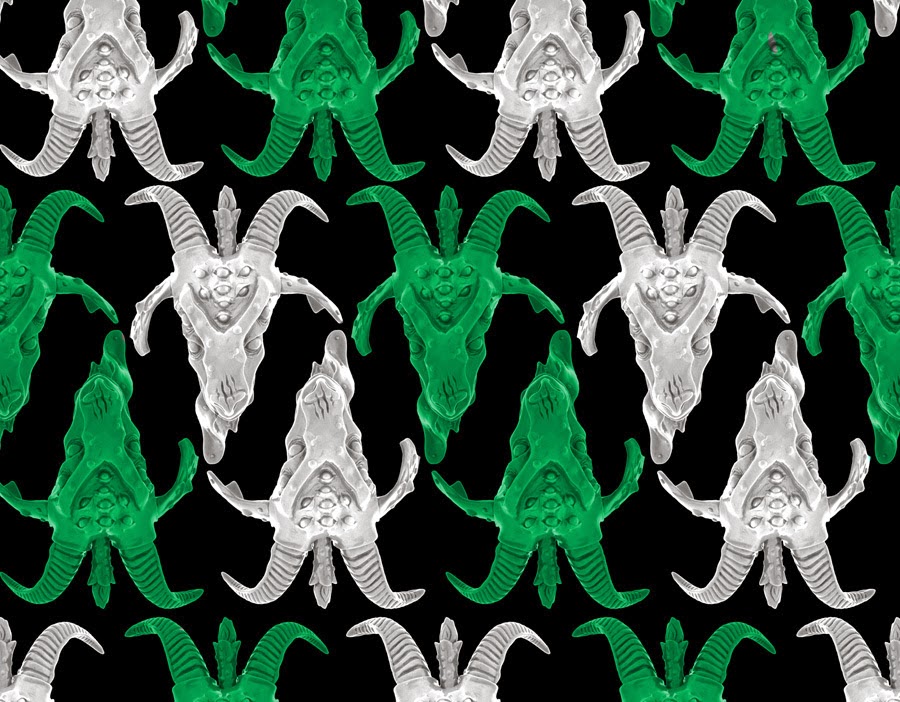