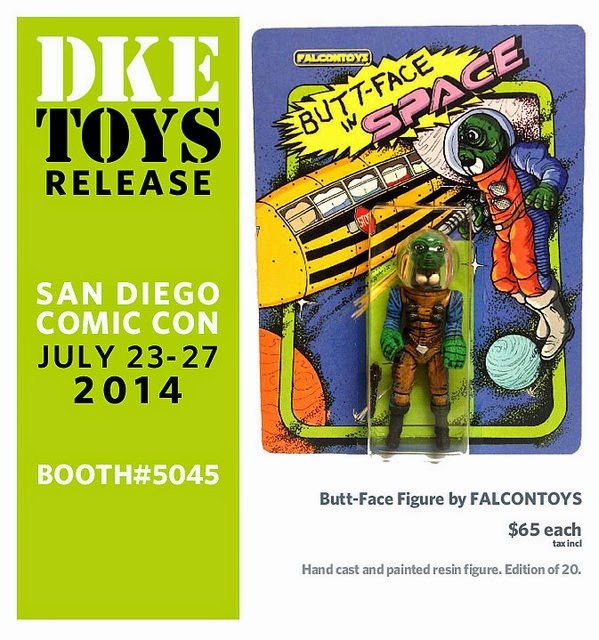 You know what's great about DKE?  Just look at the picture, cause everything important that you need to know about this toy is right there for you.  There's nothing for me to get wrong.  I can now focus my attention on being snarky, which I'm a lot better at than rehashing facts.

I suppose if you had a butt for a face, outer space might be the appropriate setting for you.  You'd be pretty much by yourself, except for those guys at the space station, but from what I understand it's pretty easy to avoid other folks in the cosmos with it being all endless and whatnot.  And if you were to have a butt face you probably aren't that good at making friends, since people aren't going to just let that go unnoticed.  As if you weren't aware you could make your chin fart!

Butt-Face in Space is the creation of Falcon Toys and will be exclusively sold at this year's San Diego Comic Con.  I want to give DKE serious props, as they are focussing their efforts on limited run, hand-made items, which is pretty cool.  Not only will you get something truly unique, but you'll be supporting artists who aren't afraid to take risks.