Help Rob Zombie Make His New Film and Get Stuff You Can't Live Without! 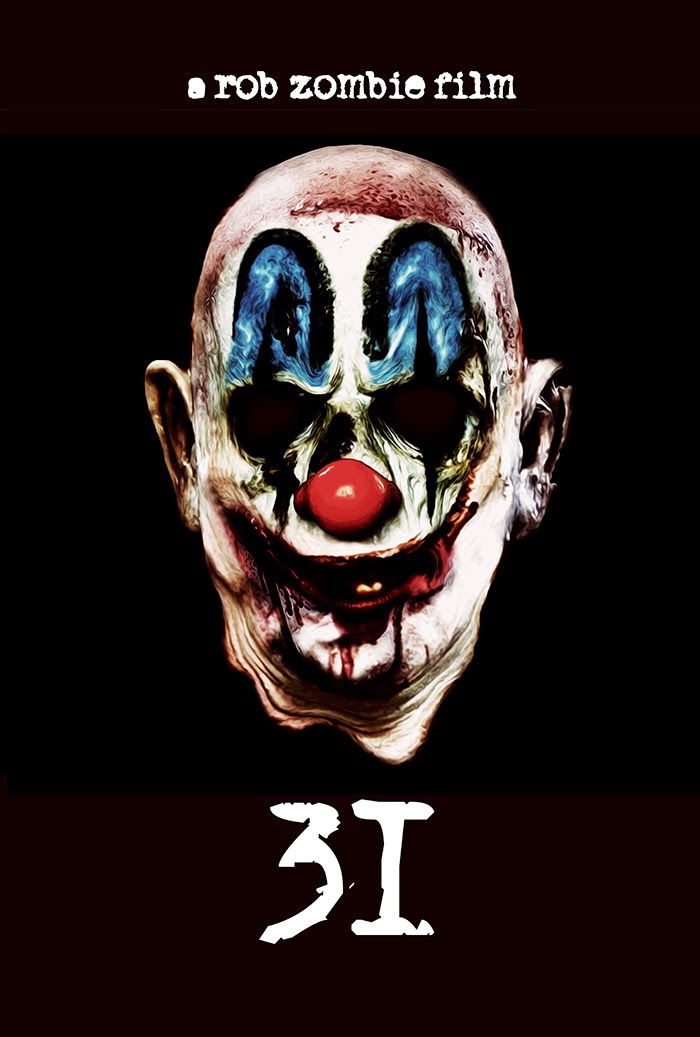 For some reason Rob Zombie never calls me to be involved in his movies.  No matter how long I sit by the phone, or how many of his pictures on Instagram I like, I have yet to be able to quit my day job and start my new life as a horror movie villain.  You're killing me Rob, cause I'm so ready for this!!!!!!!   Part of it might have to do with the fact that he doesn't know my phone number, or that I've never pursued acting at all, but those are just minor hiccups.

As my therapist once said, I may be a bit delusional, but now I actually have a chance to be in Rob Zombie's next film.  And so do you, and your mom, and her weird boyfriend.  Mr. Zombie has launched a new website to help fund his next film, 31.  As you can see from the picture above, it's gonna involve some clowns that are sick to death or making ballon animals.  Here's a little bit more about the movie:

"It is the story of five random people kidnapped on the five days leading up to Halloween and held hostage in a place called Murder World. While trapped inside this man-made Hell they must fight to survive playing the most violent game known to man... a game called 31."

And I'm sold!!!!!!  How cool is it that you could have a hand in making this happen?  Take yourself and your credit card information to www.rz-31.com and get some pretty cool rewards for your donation.  Everything from signed posters and dvds, to props from Halloween and House of 1,000 Corpses, and you could even be an extra in the film!  Let me tell you something, if you take a girl to see this movie and your ugly mug pops up on the screen you are guaranteed to have an eventful night, even if you had to pick her up on the back of your moped.  It's amazing what superstardom can do for your love life.  Do you think it's cool if I start a crowd funding site so I can raise money to donate it to this project and be in the film?  Did I just win the internet with this idea?  Finally, my cats will be impressed with me!