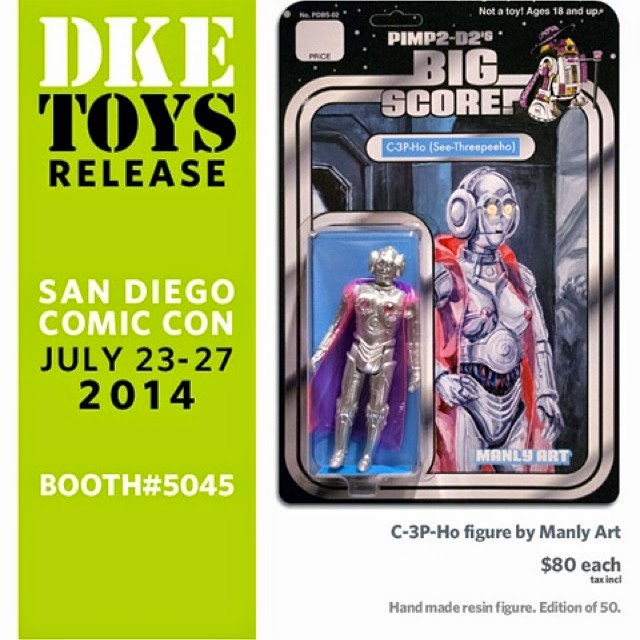 While walking around Atlantic City it is not unheard of to be solicited by one of the working women that litter the corners.  Prostitutes make people think of a lot of things, most of which I would never type here to be preserved on the internet forever, but when I see them all I can think about is this Sifl and Olly video:


How great is that?  You don't have to tell me it's the best, cause I already know.  It was naturally the first thing I thought of when I saw this new figure from Manly Art.  Ok, the first thing I thought was "that's hilarious", then I started singing the song, which caused my cats to look at me like I lost my mind.  This scandalous droid is another DKE exclusive for San Diego Comic Con and will go splendidly with Manly Art's previous Pimp2-D2 figure.
Posted by Chris at 6:31 AM