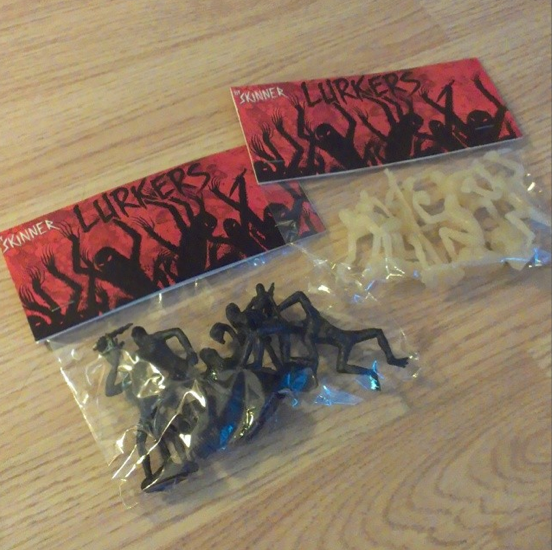 Not every toy can be part of the most epic of reviews you will ever read.  There's a vigorous screening process, lots of bribery, and I just have to be in the mood.  But some toys just demand to have great stories told about them, as do these Lurkers from Skinner and Unbox Industries.  Now sit back, pet a cat, and let me tell you a tale of such secrecy that it may be the last one I am ever able to write.

There is much misinformation about the Cold War.  Many people think that it was just one huge standoff between the United States and The Soviet Union, but there is more to the story than that.  It was literally a "cold war" as we had enough of Gorbachev's crap and invaded.  Our troops landed in the frozen wastelands of Siberia and were quickly met with great resistance.  Behold, a dramatic recreation of those events: 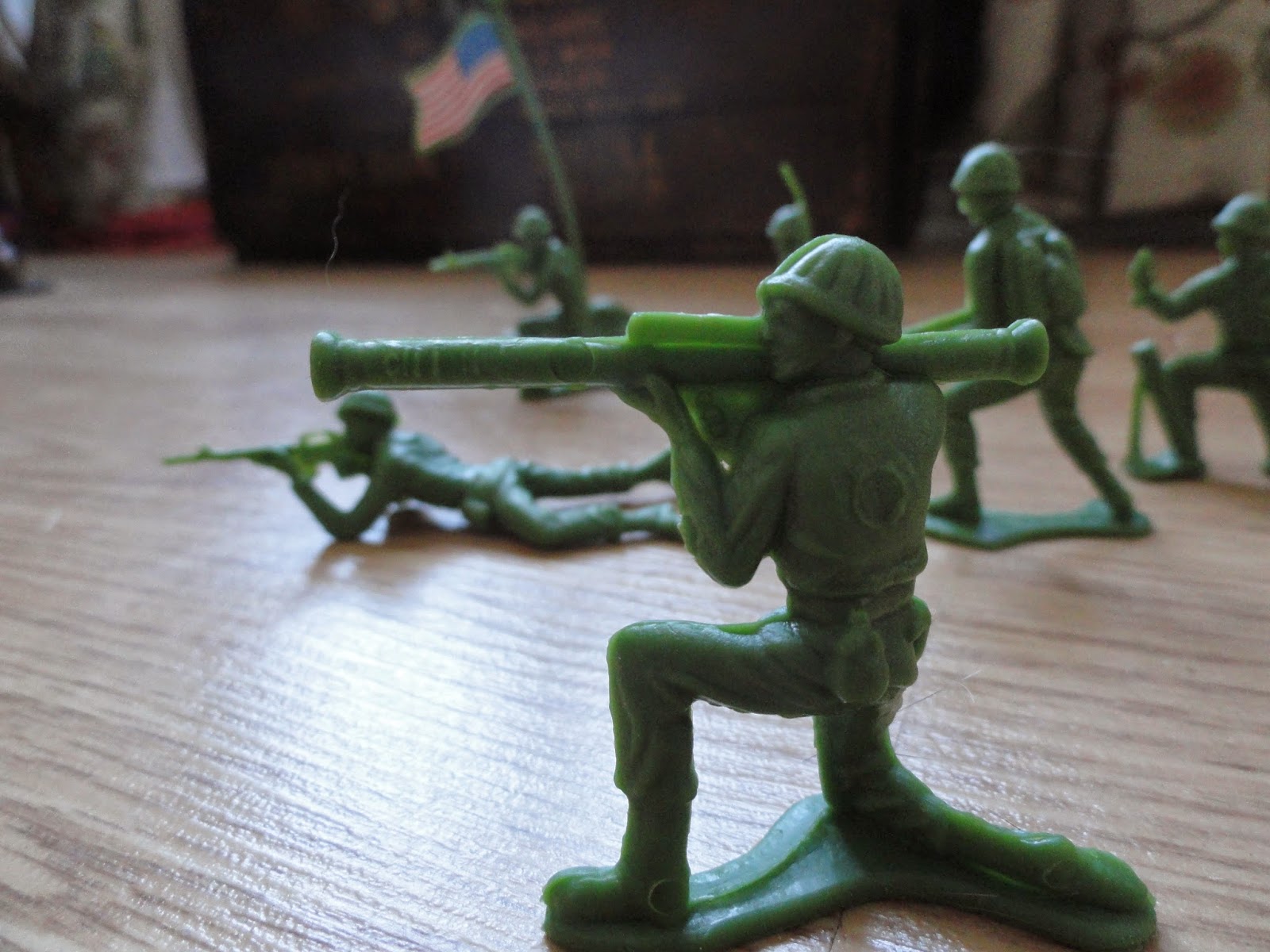 Our brave men fought hard, hitting those commies with everything they had. 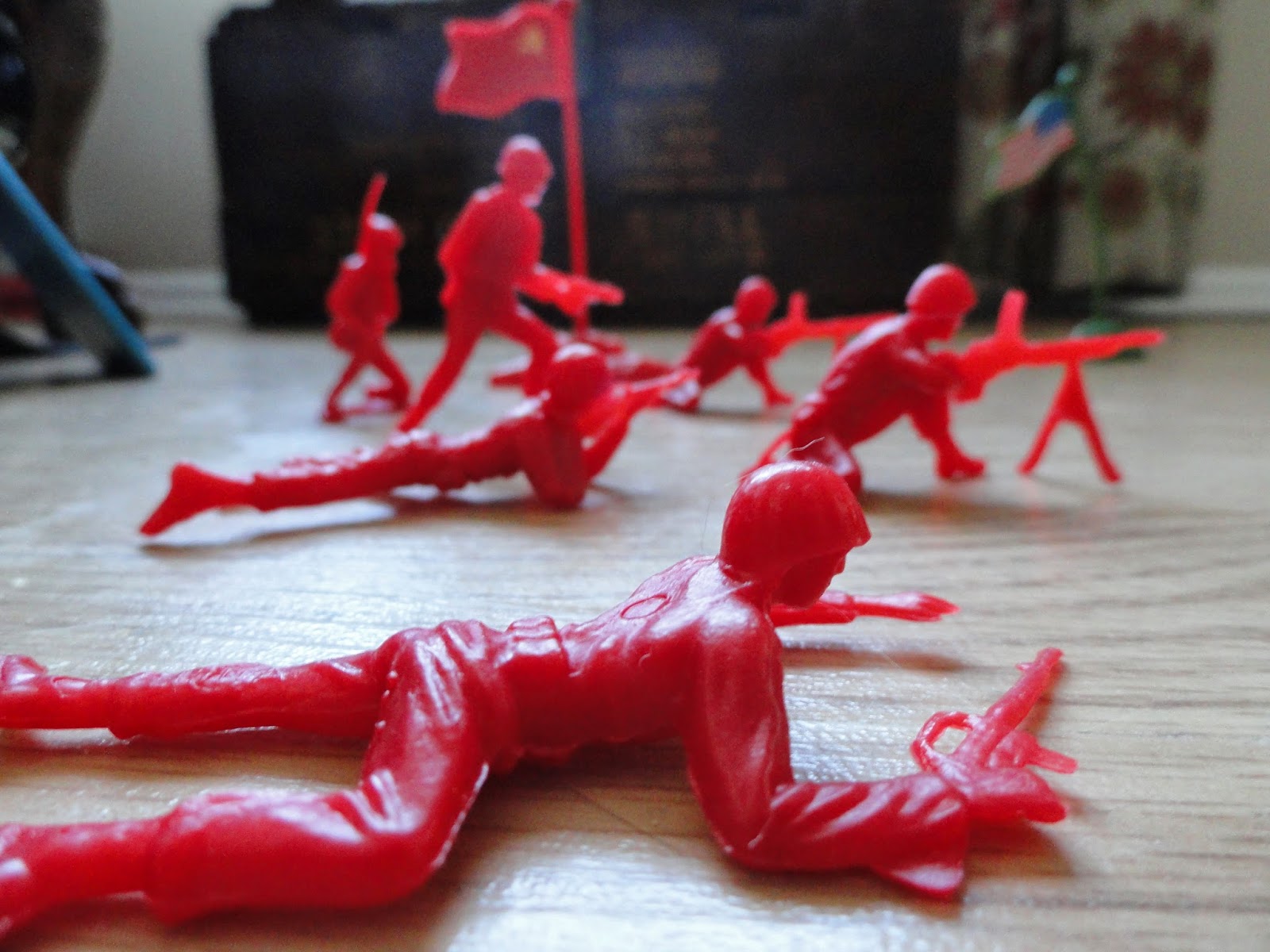 But the Russians were, like, way determined or something to not fall that day. 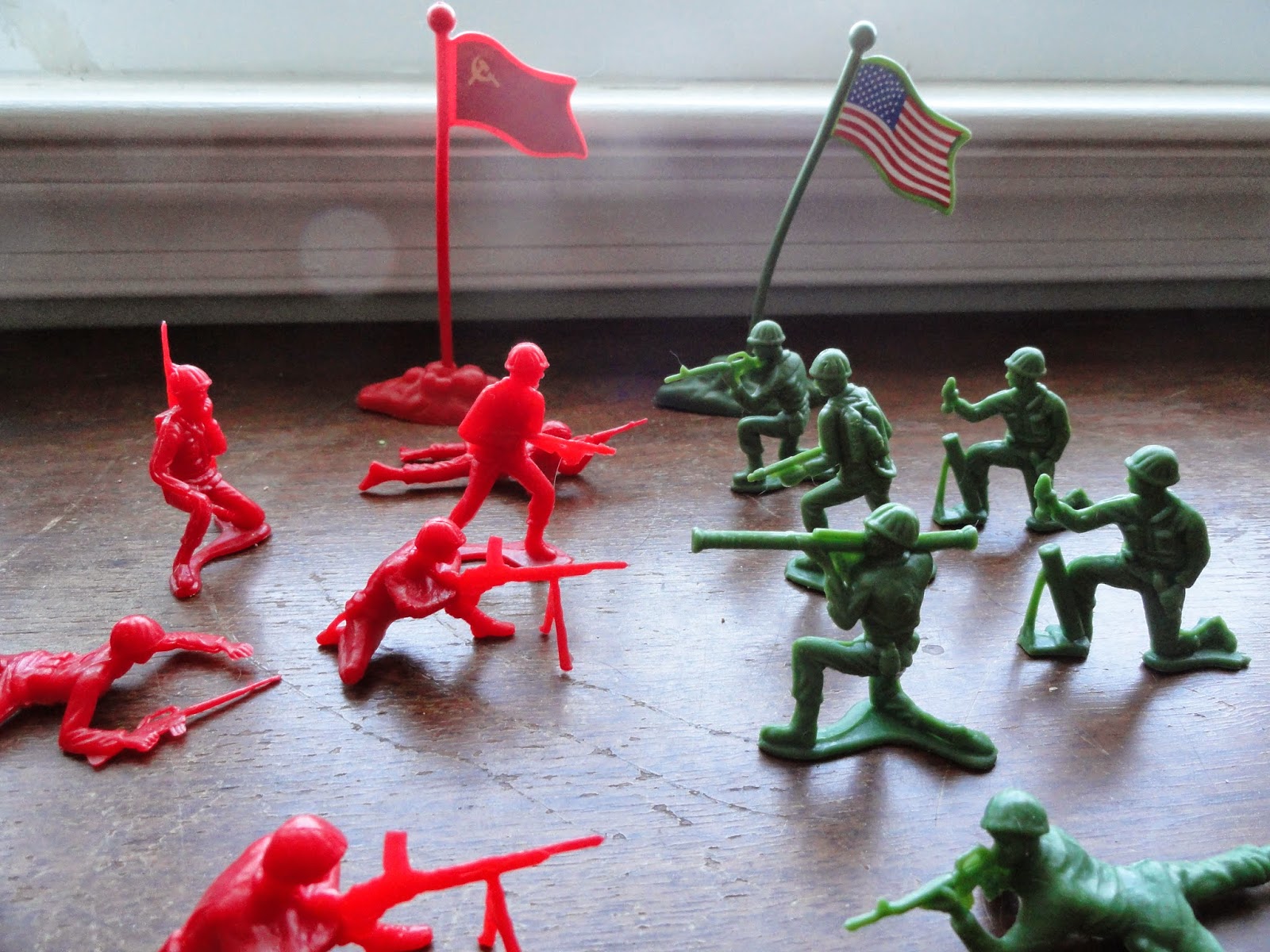 The battle was intense, and there were many casualties on both sides.  But all of this fighting stirred a greater evil that was lying dormant in a nearby cave.  They awoke, the Lurkers!!!!!!!!!!!!!!!! 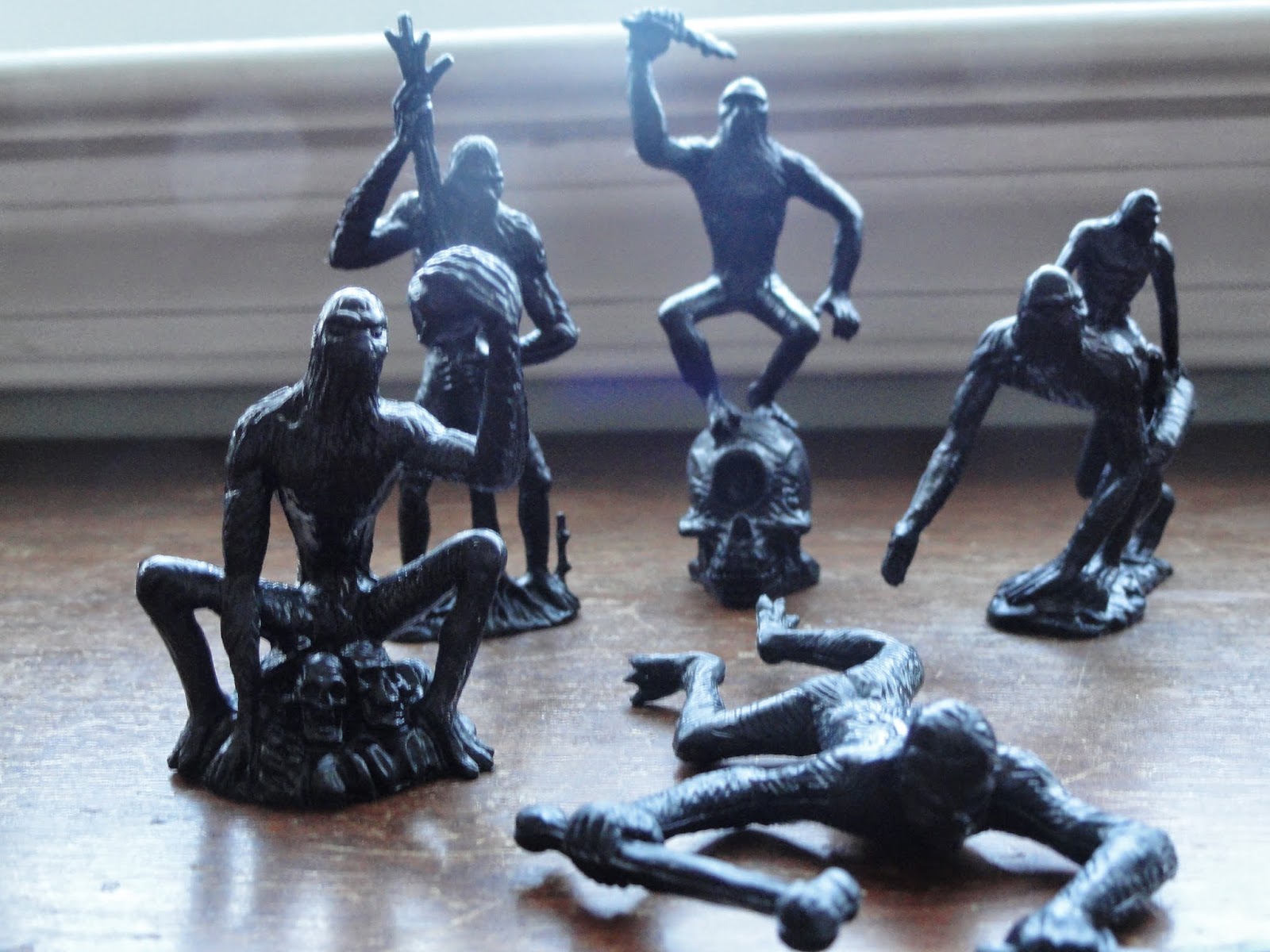 These unholiest of creatures were kinda pissed that their deep slumber had been interrupted, but took it as a sign that this was the dawn of their enslavement of man. 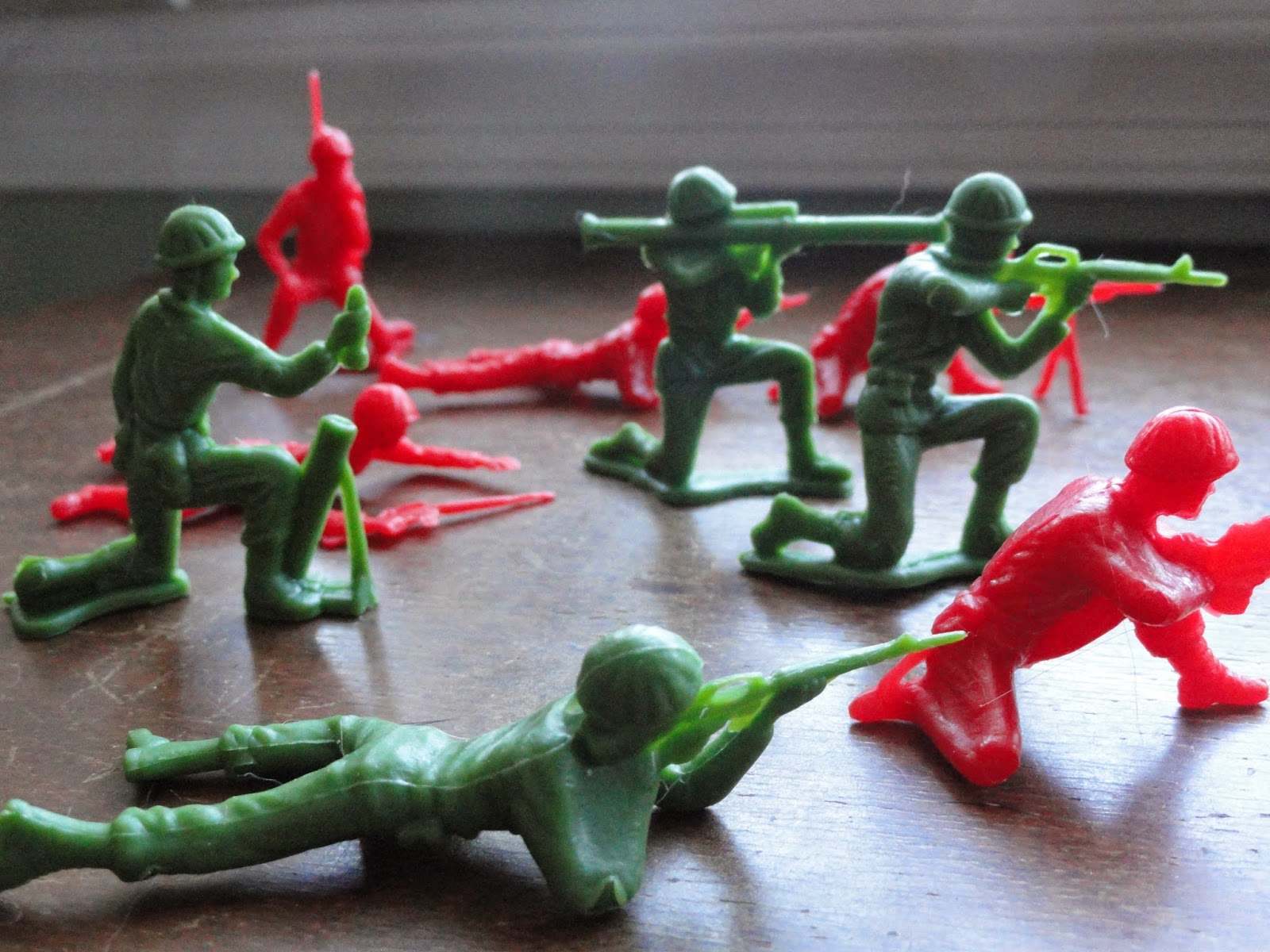 The US and Soviet soldiers quickly realized they had a much greater problem on their hands than whose form of government was the most baller, so they joined forces in an attempt to stop the Lurker advancement. 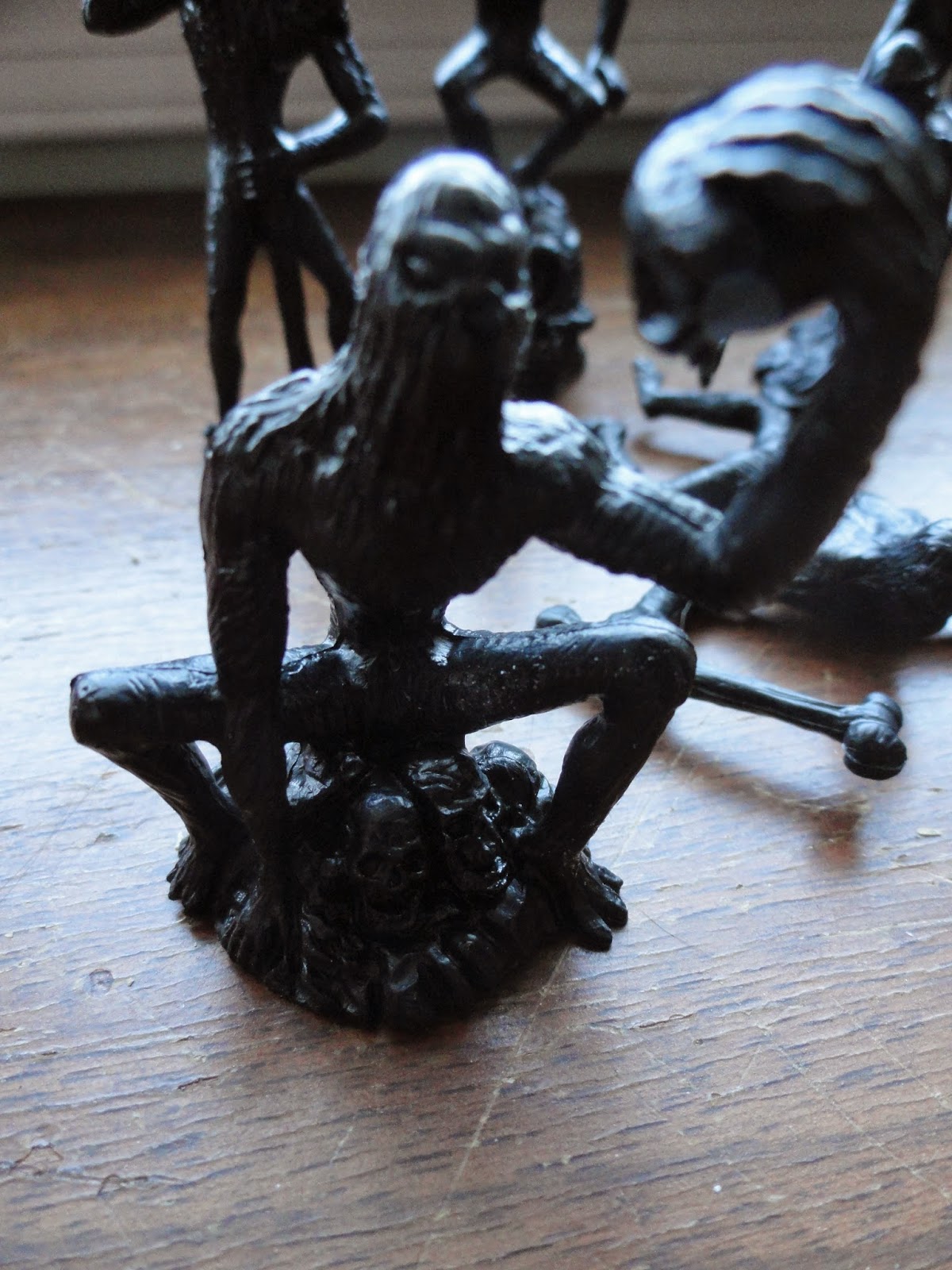 The Lurkers were being pushed back into the depths from whence they came, but as any good evil entity does, they had learned much about their enemies even during their long sleep.  They had even learned our scientific advancements, which led to them to mutate and become: 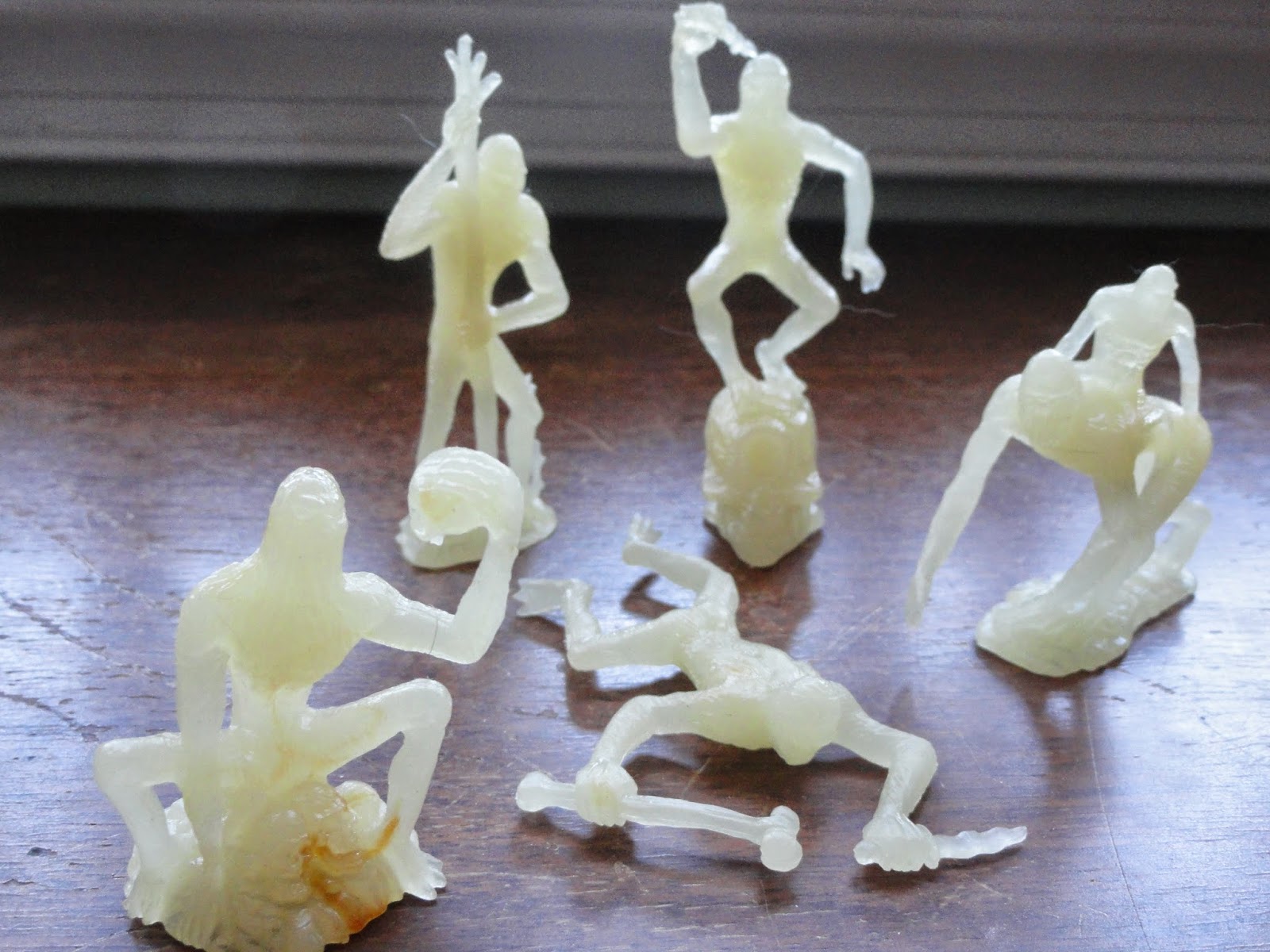 Oh, you didn't see that coming did you?  Well neither did those brave soldiers that day and they were forced to surrender in the face of these hideous creatures with enriched uranium in their blood that made them glow like some really glowy object thingy.  The Lurkers demanded to negotiate only with the heads of both countries and upon meeting them they slaughtered everyone in both governments, assumed their identities, and continue to run the world even now.  Makes a lot of sense to me.

With your new found understanding of world events you will no doubt want to commemorate this awakening with Lurker figures of your own.  The only place to get them is http://shopcriticalhit.com and they are a mere $20 for a pack of 5 figures. Now you can create epic battle scenes on your living room floor like I did!!!  Get em for everyone on your Christmas list!