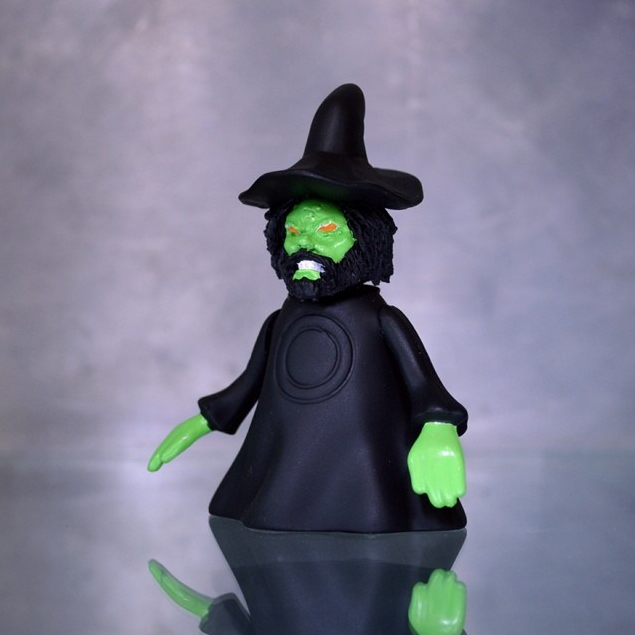 Fun fact:  He-Man was originally conceived as Charles Manson's introduction to the world of acting.  He was gonna play every character in this passion piece he developed while locked away in prison.  Of course by the time he envisioned it He-Man had already been on the air for a number of years and he wasn't allowed to use the phone anymore.  Thems the breaks Charlie!

Skinner and Healeymade know that ol Charlie Manson's version would have been far superior, so they have created the most epic toy line ever featuring what could have been.  This is Charlie taking on the role of Orko, that weird little floating shirt wizard thingy.  You'd think if you were a good wizard you could hocus pocus yourself some new legs, but what do I know.  This bro is an exclusive to San Diego Comic Con and will only be available from Skinner himself at booth number 5051.