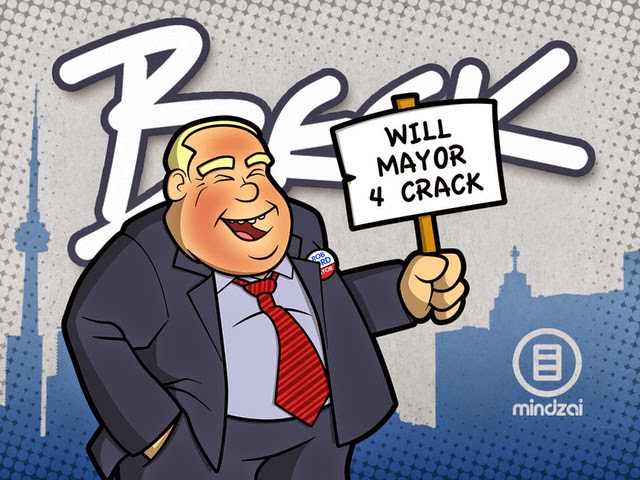 That Toronto mayor seems like a fun guy.  See, in America we all assume that our politicians must be smoking crack based on some of the horrible crap they do, but in Canada they freely admit to it!  We remember Rob Ford, getting caught on tape talking about all his crazy hijinks.  Then he refused to resign despite everyone trying to get him out of there.  Has anyone ever tried reasoning with a crackhead?  It should be an Olympic sport.

Now the folks at Mindzai are trying to immortalize him forever in plastic form as part of a new Kickstarter campaign.  I can freely admit that I never once thought about the guy becoming a toy, but it's kinda practical really.  Whenever you're feeling bad about yourself you could look at this guy and think "well, at least I'm not smoking crack and the laughingstock of an entire nation yet"  You'll be amazed at how much brighter that will make your day.  To get in on this campaign and help bring this figure into the real world, check out this link.