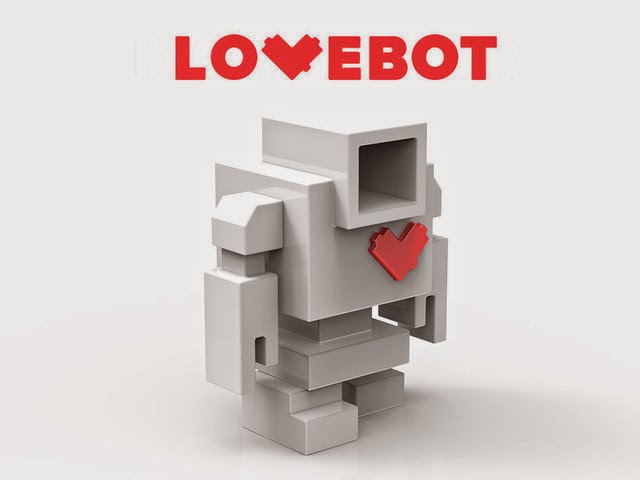 The internet has ruined me.  When I heard Mindzai had a Kickstarter going to make a Lovebot, all I could think about was some weird Japanese thing that would fill the void of a significant other.  Thankfully I was very wrong, and Lovebot is merely a cute little toy with a big heart.  He is the creation of Matthew Del Degan and has been a mainstay in the street art scene in Toronto.  They're selling this guy as a DIY version, but I kinda like him just the way he is.  That may or may not have to do with the fact that I can't draw, and any attempts I make to customize one might look like he got tattooed in some sketchy dude's basement.

The campaign has lots of different reward levels, up to a 2 foot tall concrete version of this dude that would make for a pretty sick lawn decoration.  Visit this link and get one of these little guys for yourself.