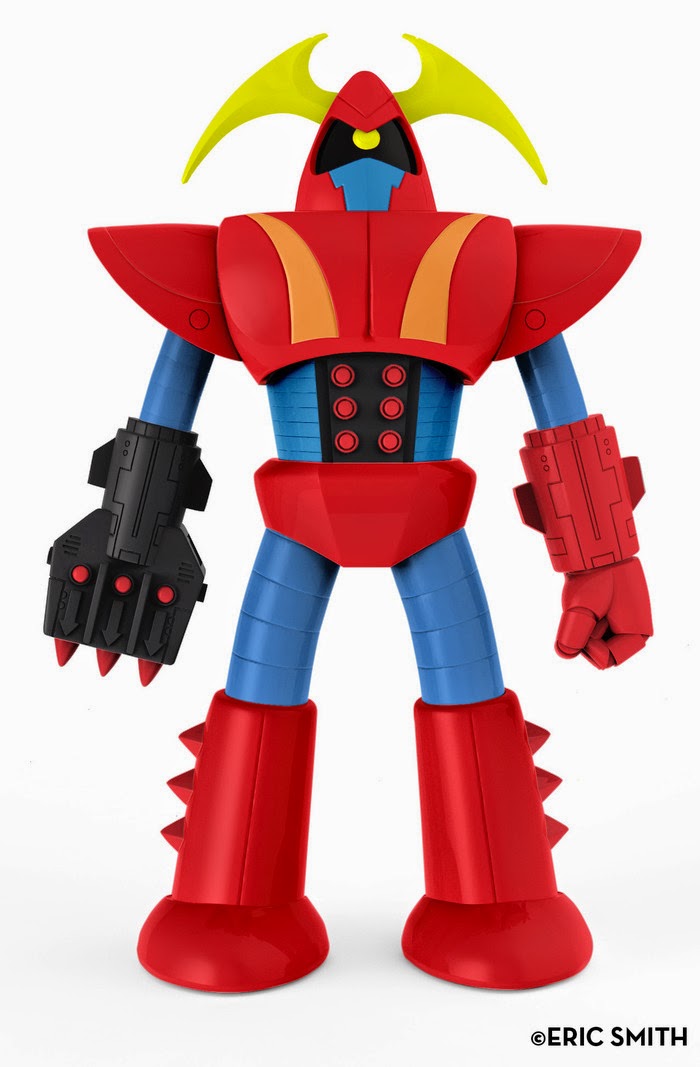 When is the government gonna start spending our tax dollars wisely and build one of these suckers for real?  You have a couple of these stationed along the coastlines and you will have effectively stopped conflicts before they even start.  Who is gonna pick a fight with the United States when we can just say "oh, I'm sorry, would you like me to send my 20-story tall war robot over there to talk to you about that"?  And not only that, but you'll create tons of jobs just building them, and you could station them in places so they become tourist attractions, and you could make souvenirs that everyone would want, and maybe at-home security system models.  I have single handedly created a billion dollar industry just this second while sitting here in my underwear.  Ok, you didn't need to know that last part, but it does attest to how effortlessly I create billion dollar industries.

Eric Smith has inspired me to overhaul our nation's defense department with Project: Vulkira.  His 8 inch tall foe of monsters everywhere just launched on Kickstarter right now where it needs your help to become reality.  This toy is going to be produced by my friends over at Unbox Industries, so you know it's not gonna suck, and it really doesn't need much money to get the ball rolling.  Head over to this link and check out all the sweet rewards you can get for helping to fund this project.  And the toy itself is really affordable at only $60 (shipped in the US), considering it's size,  the fact that it's articulated at 3 points, and it comes with removable fists, drill, and missile launcher.  That's a lot of value, son!   You know you get paid this week, so get to it!