I am one of five people in the continental United States that has yet to see Guardians of the Galaxy, but even without seeing it there's no way my favorite character could be anyone other than Rocket Raccoon.  First off, I love raccoons.  Secondly, he is sassy and carries heavy firepower.  I love woodland creatures with guns!!!!!!!!!

Frank Kozik had a limited number of these dudes on sale at San Diego Comic Con and they sold out really quickly.  Then some turned up on eBay for a ridiculous amount of money.  The joke's on those fools who thought they were so clever and had such a perfect scheme to make some cash, cause the general release of these Labbits from Kidrobot is tomorrow.

Did I even tell you the best part about this Labbit?  I didn't?  HE HAS A FUZZY TAIL!!!!!!!!!  You could pet it if you want, or hold it against you while you're not wearing a shirt.  There's nothing wrong with a grown man holding a fluffy critter next to his bare chest, despite your neighbors yelling at you to "close your curtains, freak".  They're just jealous. 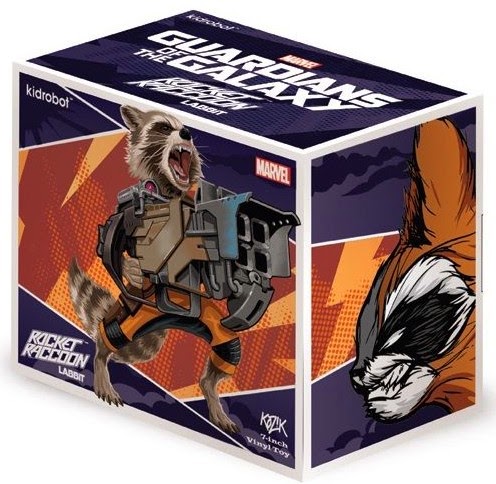