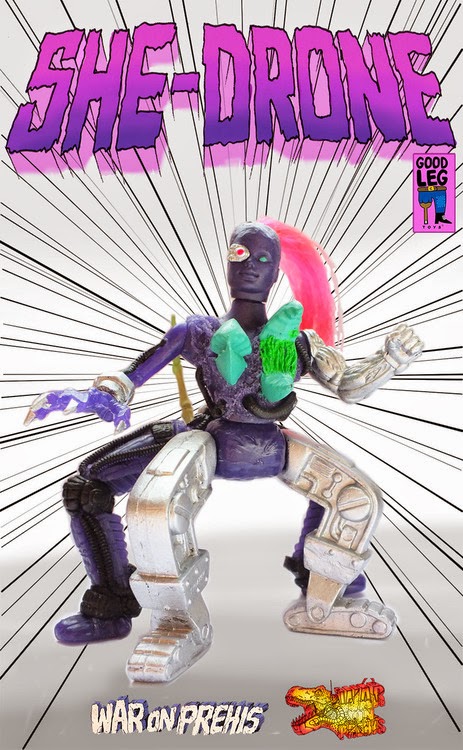 All of us dudes have gone through those lean times in our dating lives, where a pretty girl wouldn't talk to you if she was on fire and you were carrying jugs of water.  But always lurking around the bushes are those ladies whose outward appearance and inner personality can only be explained by their mothers dabbling in methamphetamine during pregnancy.  And you're kinda lonely so you start trying to justify reasons that would make going out with her look like a good idea.  Let me tell you a little story:

Many moons ago when I was a young lad I went on a blind date with this girl that one of my coworkers (who in hindsight must have hated me) set up.  I knew I should have bailed the moment I went to pick her up and it turned out she lived with her dad in a camper and his only means of employment was sitting around with his shirt unbuttoned asking people if they wanted to buy "some good stuff."  Still, I was trying to be open minded (see also: lonely, desperate, kinda sad) and was promised that the girl was at least cute and nice.  Which she was both, but for those of you that are into setting other people up on dates here is a bit of advice:  it is always nice to know ahead of time if someone has a horribly contagious and incurable disease IN THEIR EYE.  This girl was sporting a pretty impressive collection of herpes sores next to her right eye and it's all that I could look at.  But being the nice guy I am I still took her out to lunch (cause I was hungry) and then pretended that something had slipped my mind and I really had to get her home so I could take care of it.  She was suspicious, but understanding and tried to lean over to give me a kiss goodbye as I was dropping her off.  I panicked.  All I could see where those things getting closer and closer to me and my future life as the Elephant Man.  I unbuckled my seat belt, opened the door and hopped out like I had just sat down on a rattlesnake.  I went around to her side, opened her door and told her I'd give her a call sometime.  Her phone may have rang afterward, but I was never on the other line.

A few years later I met the woman of my dreams and lived happily ever after.  My point in all of this is that this She-Drone from Goodleg Toys recalls my sketchy dating past.  While my memories are not fond nor are they easily worked through with the help of psychotherapy, I can appreciate that if I were to be involved in an intergalactic war I would probably want this chick on my side.  She will be available starting Friday at midnight over at http://goodlegtoys.storenvy.com/.