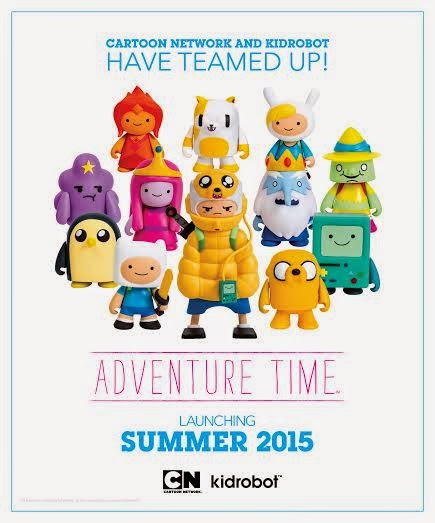 Have you ever watched Adventure Time?  There's some crazy stuff going on in that show.  Not that you couldn't look at the gang of characters right there and come to that conclusion on your own, but the show will make you question the last strand of sanity you're holding onto.  And its really funny.  And it's fitting that Kidrobot, a company based in Colorado, would be making toys for the hit series.  Not that Colorado is known for legally selling anything that would enhance your experience while watching Adventure Time.  I would never insinuate such a thing.
A plethora of products will be unleashed this summer, including an exclusive for San Diego Comic Con.  Of course, not everything they're making is pictured above, cause that would just ruin your ability to squeal when everything is unveiled.  So squeal now, and save some squeals for later.