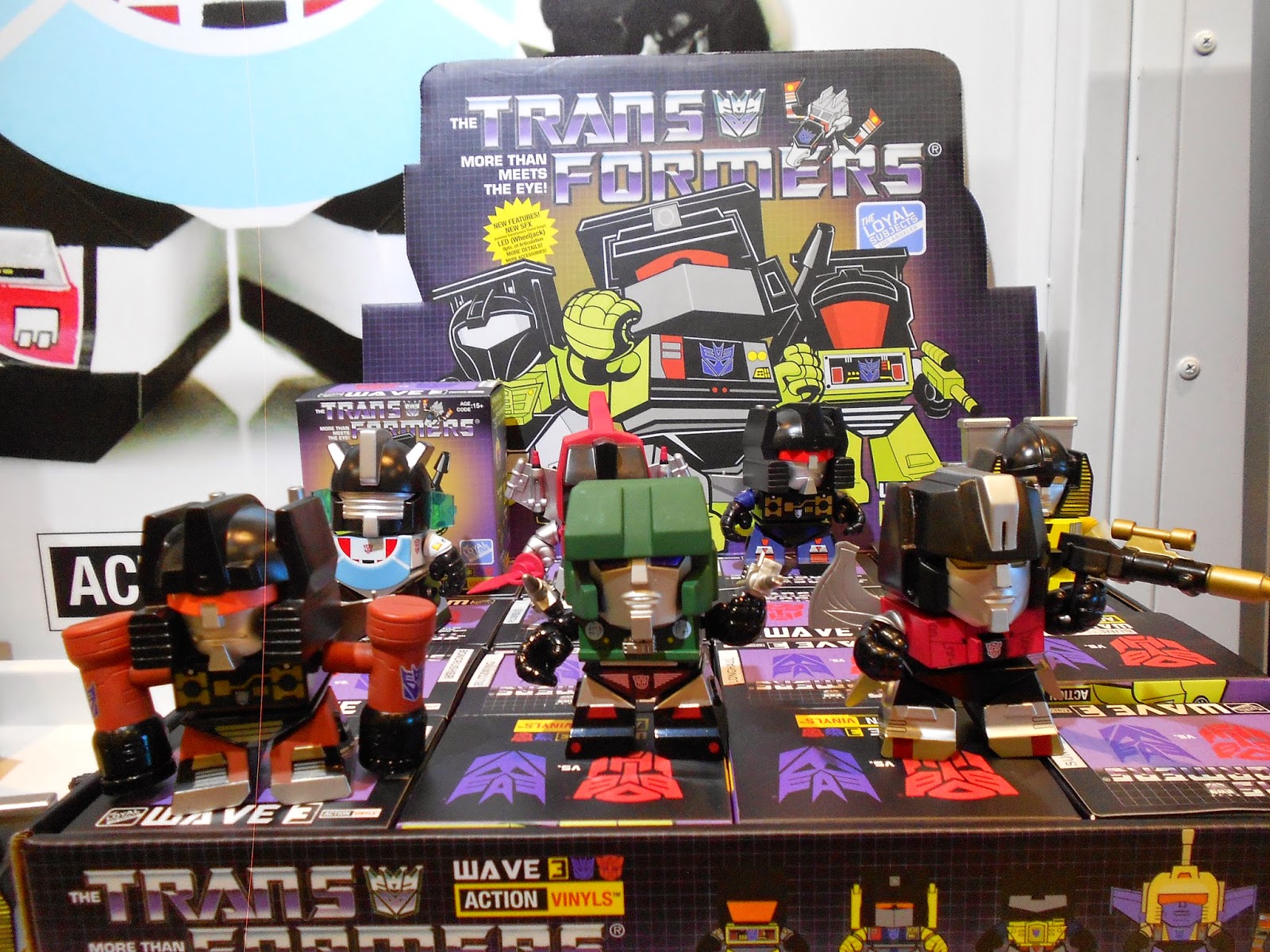 It's pretty nuts to see where The Loyal Subjects started and where they are today.  Their toys are all over the place and even made their way into a Super Bowl commercial.  I love visiting their booth at Toy Fair because it's like a melding of my childhood interests with my obsession with collecting toys now.  Wave 3 of their stylized Transformers line was on display, and it seems that with every incarnation they get more complex. 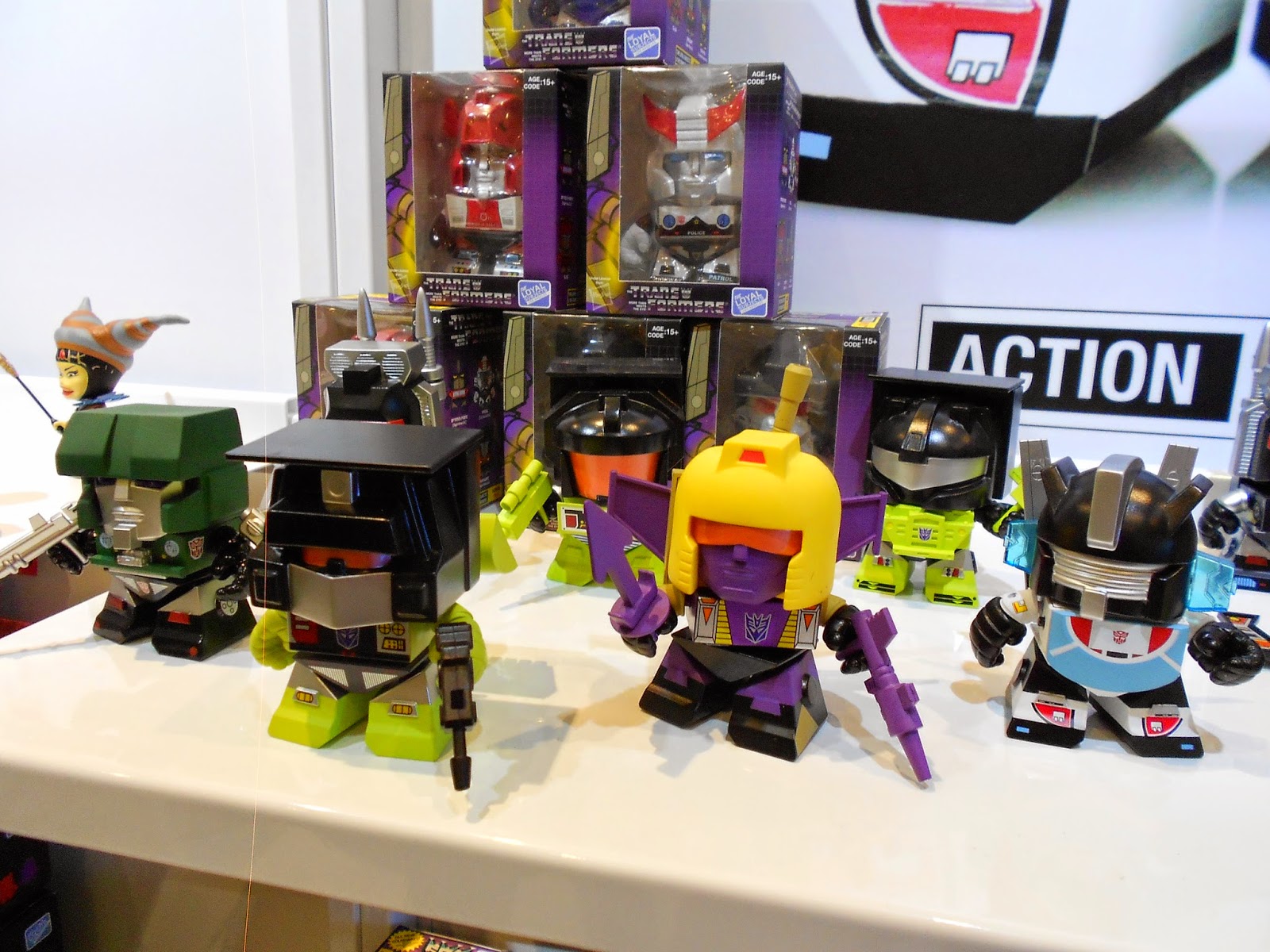 Turtles fans will also have plenty of new figures to buy as the second series will be released soon.  There were also a few exclusive sets on display with different color ways of the original Turtle figures.  I believe the grey will be Hastings exclusives, while the black and the glow will be available at this year's San Diego Comic Con.  By the time I made it to their booth I was malnourished and going through withdrawal from not being able to buy anything, so I may have misheard.  Don't kill me. 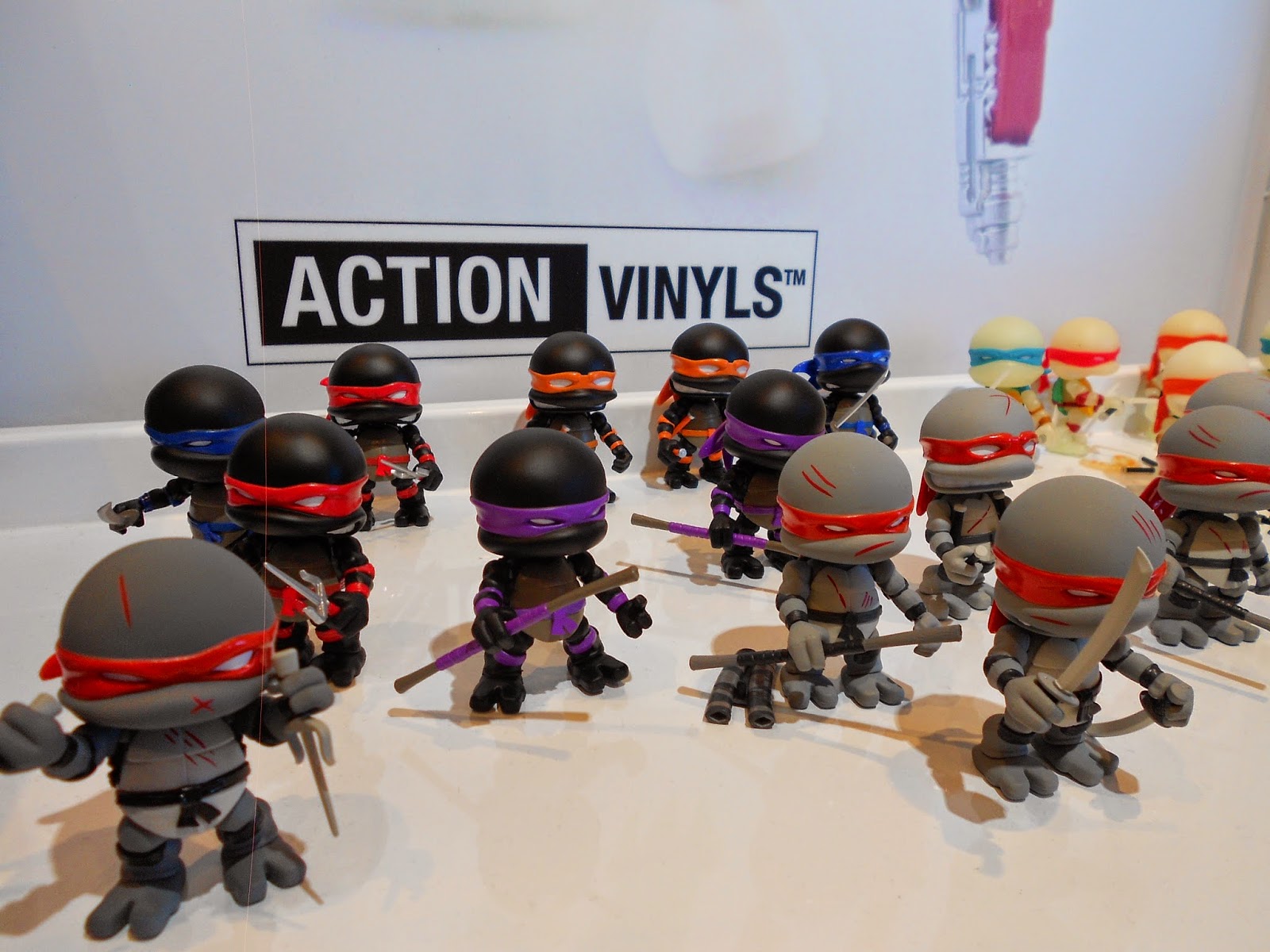 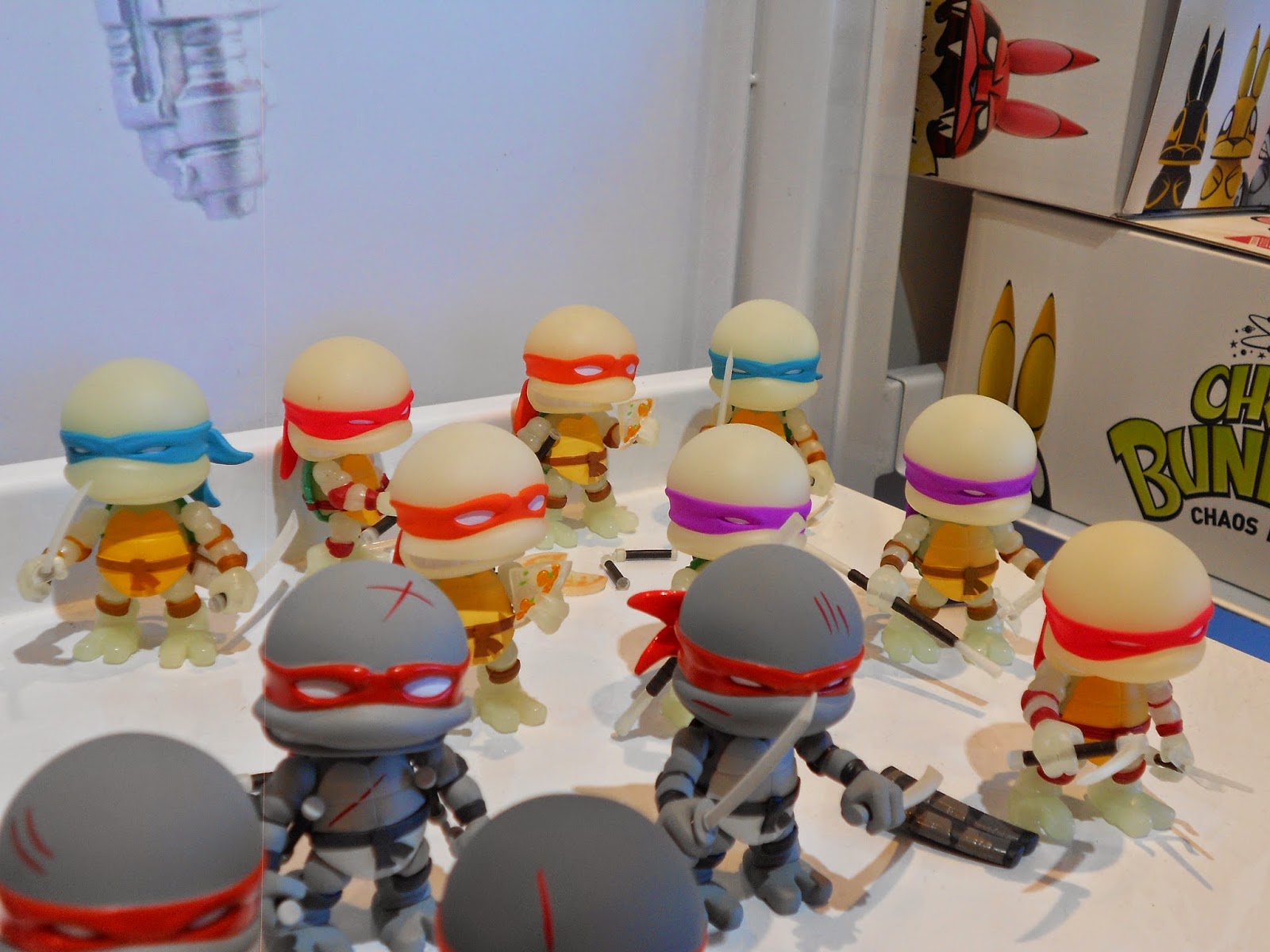 You can see more of our Toy Fair pictures by visiting www.facebook.com/TheToyViking