"Not Another Heartless Bastard" Resin Bust from Huck Gee 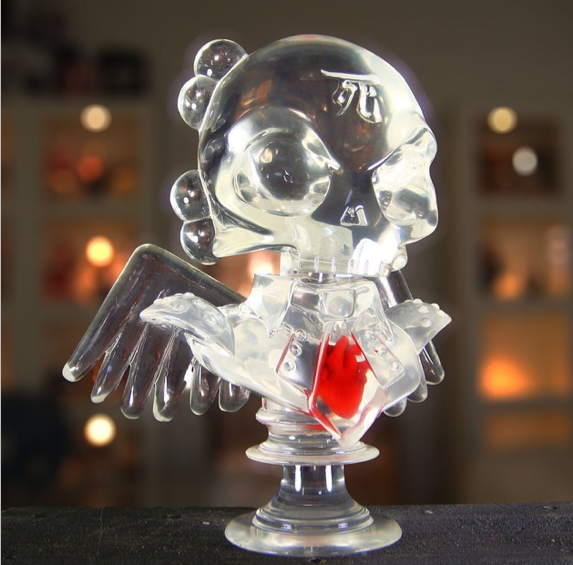 Ooooooh how did they get that sweet anatomical heart to float in the resin like that?  I'm sure there's some practical explanation that would be way more boring than the ideas I came up with.  First off was dwarf magic, because if they could make Thor's hammer, I'm pretty sure this is not a big deal.  My second guess was also dwarf magic, because the more you think about it the more sense it really makes.  I didn't bother with a third guess because I'm marking this mystery as solved and moving on to something else.

Huck Gee never fails to impress me with the things he releases and this is no exception.  Despite the fact that he's got some dirt on the dwarves that live beneath his studio and blackmails them into doing all of his work.  There's no law against it, unless you're dressing the neighbor kids up as dwarves and then running a sweatshop.  But hey, I'm no narc.

You know you want this piece of resin goodness that is ready just in time for Valentine's Day.  It will be released tomorrow, Friday the 13th, on what will be the newly relaunched www.huckgee.com.  Limited to only 50 signed and numbered pieces, each 6 inch bust will retail for $200 when it drops at noon pacific time.