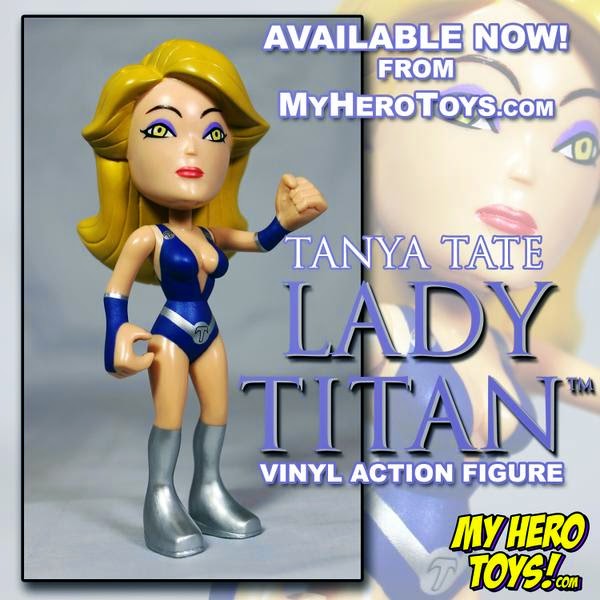 If you're lucky enough to have attended San Diego Comic Con than this toy might look pretty familiar to it.  That's because actress Tanya Tate is often times seen roaming around the convention floor dressed exactly like this.  Her company My Hero Toys is now paying homage to her well known cosplay with this figure.  At only $30 its probably the best bargain you'll find all day and it's most likely the only way you'll could convince her to come home with you.