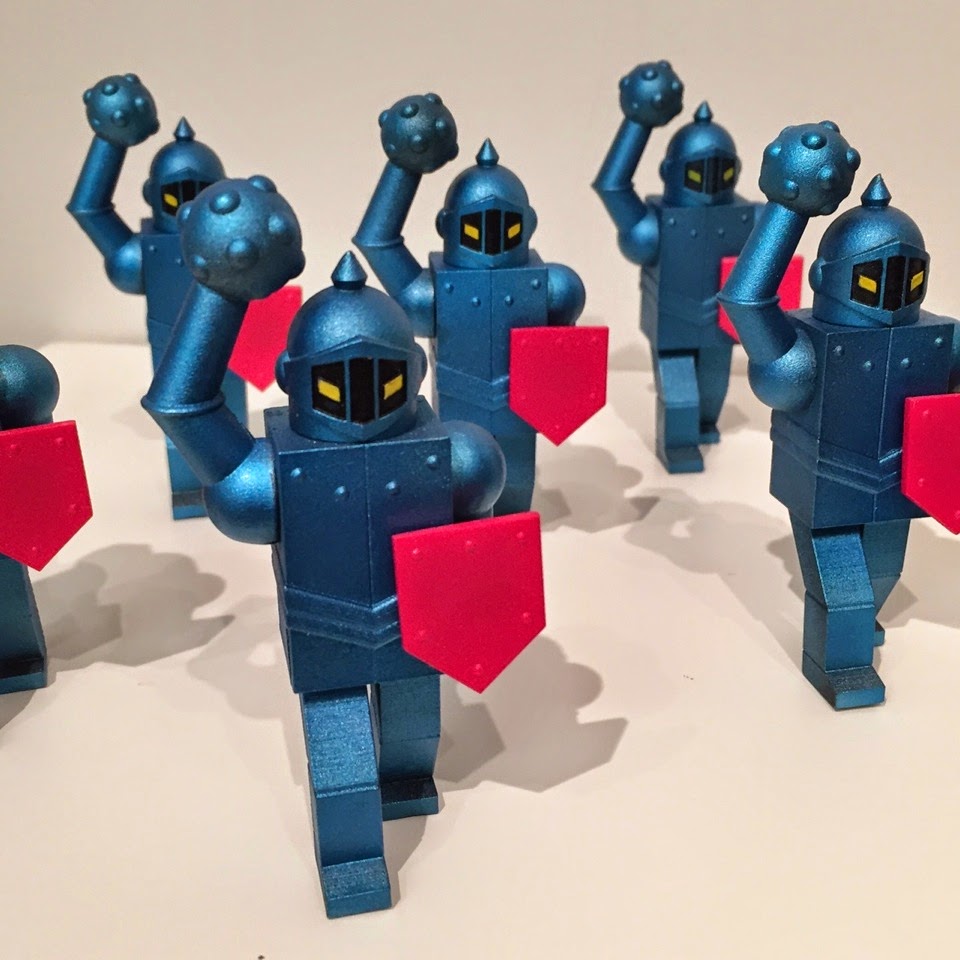 How come all the bad knights in film wear black?  It's a dead giveaway that they're up to no good.  Take the black knight in Monty Python and the Holy Grail.  If he had been wearing any other color of armor he could have used the element of surprise to overwhelm his opponent.  Instead, he lost his limbs, bled all over the place, and was made to look a fool.  If you wanna be a black knight, you should be black in spirit and deed, not in your clothing choices.

Peter Kato totally gets the importance of stealth because his Bad Knights are decked out in metallic  blue.  Who's gonna feel threatened by someone so sparkly?  The good guys are gonna show up, think they have the wrong castle cause these dudes can't be the jerks they were looking for, and then WHAM...the bad guys win.

You can build your own army of unassuming evil doers when these go on sale tonight at 8pm eastern time at http://peterkatoshop.com/.  Limited to only 8 pieces, each one will cost $40.
Posted by Chris at 6:03 AM