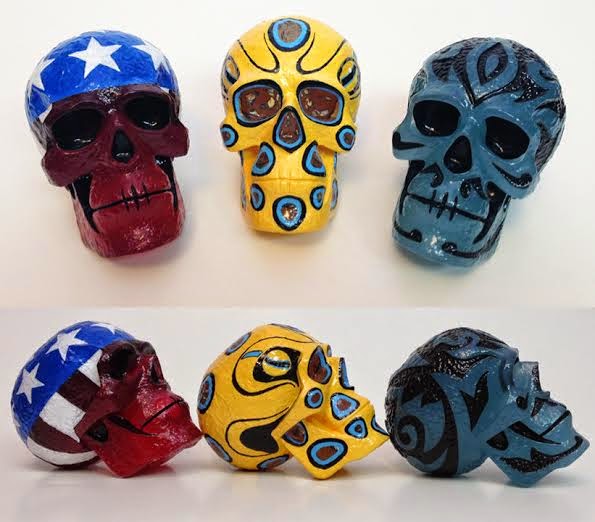 So this morning I woke up to surprise snow.  Nowhere in any weather report that I watched this week did it say it was gonna snow here, but that sure didn't stop a few inches of the stuff from making driving a challenge as I took my wife to work.  I know that meteorology is supposed to be a science but I'm not buying into that any more.  No one's perfect, but every time it has snowed this winter it has either been a complete surprise or the amounts were so drastically different than what the weather people said that I could have just asked one of my cats.  I think that it's all a conspiracy and that meteorology is nothing more than an amateur form of witchcraft.  I think after they invented names for the clouds they just gave up and started casting bones and gazing into scrying glasses.  And let us not forget the big deal that they make about a ground rodent seeing his shadow and predicting when spring will come. Science, are you there?  I'm gonna go and catch a weather person and see if they float when I dunk them into the lake.

The beautifully painted resin of these Kings of Atlantis skulls probably hold some secrets of their own, but hopefully they're a bit more accurate that channel 10.  Argonaut Resins enlisted the help of Clinton Yaws to bring these to "life" (Get it, cause skulls are a symbol of death, lol.  Oh morbid puns you slay me!  I did it again!!!)  My favorite is the Easy Rider one cause I like that movie a lot and it seemed like everyone was having a good time in it until the end, which is oddly the point when good times usually go bad.   And you can't beat a movie where motorcycles are just as important as the main actors, though I did thoroughly enjoy wacky Jack Nicholson.

These bad boys go on sale tomorrow, Friday the 27th, at noon eastern time only at http://argonautresins.bigcartel.com/.