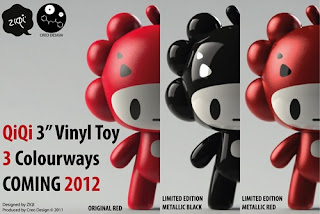 It's always nice to see a new toy company go all out and not only create things that feel different than what we usually see, but that are doing it at a consistent level.  Creo Design have been teasing us with images from the upcoming QiQi figure they've been working on and now we have a look at the colors that this little figure will come in.  You have your basic red, a metallic black, and my favorite, metallic red.  This is a figure that really has endless possibilities as far as customization goes, so I'm sure  after the initial release we'll see some other versions. 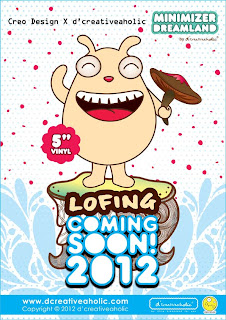 They've also announced a 5 inch tall version of this character named Loofing.  I don't know much about him, but he seems like a nice shroom (not the psychedelic kind I'm sure) loving bro.  I'll post pictures of the actual figure once they're released.