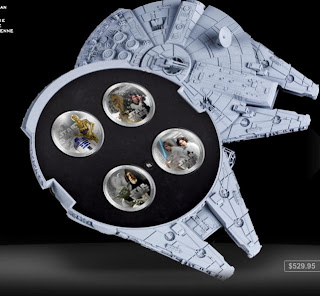 For the Star Wars collector that absolutely must have it all, I present to you these fancy coin sets from the New Zealand Mint.  You got the good guys packaged in the Millennium Falcon, and the bad guys taking residence in Darth Vader's head.  Both cases also make cool noises from the movie, so you can hear Lord Vader breathe like an asthmatic every time you take a peak at your bounty.  These coins are actual legal tender on an island by the name of Niue, so if times get tough you could buy yourself a Slurpee or some Doritos.  These things aren't cheap and will run you $366 in US currency per set. 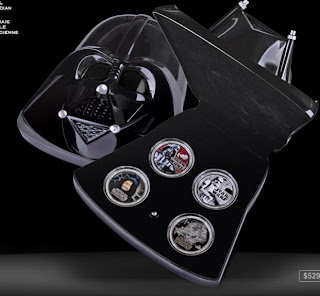 They are also doing a set of 40 coins that you can purchase individually and collect in a special binder.  They're not as detailed a the coins in the set, but they're still pretty cool.  They run about $18 US per coin, so if you did some math there the complete set would cost you about as much as the new master cylinder I'm having put in my truck.  Though you'll probably cry a lot less than I did. 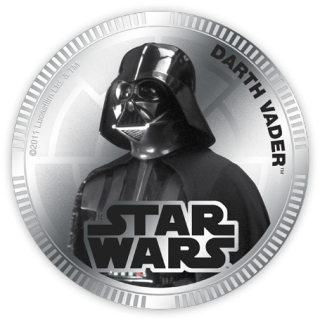