Mimomicros Want To Store Your Stuff 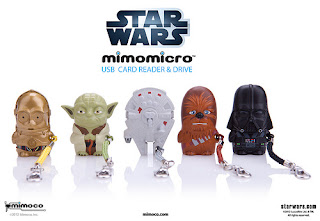 Mimoco makes Mimobots, those cute little USB drives that have turned into amazing art platform and collectable.  Now they introduce Mimomicro, a new USB flash drive/microSD memory card reader.  What really sets these apart from their predecessors (in the opinion of a collector) is the fact that rather than conforming to one specific shape, each one of these guys is sculpted based on the character.  I'm eyeing up that Darth Vader one to add to my growing collection based around the Sith Lord.  But Batman is pretty cool too.  And what better way to hide all those files you don't want the government finding in case you get incarcerated.  But they don't come out until March, so try to resist your criminal urges until then. 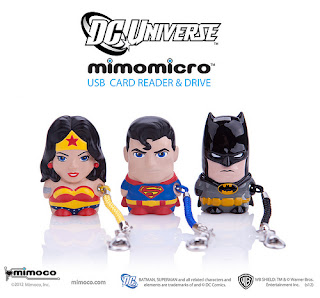 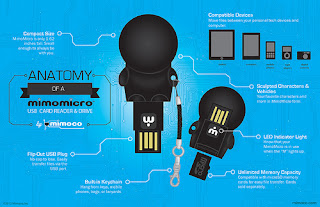 This is how they work.  I don't know where the actual wizardry comes into play, but that's probably a company secret.   There has to be wizardry, right?