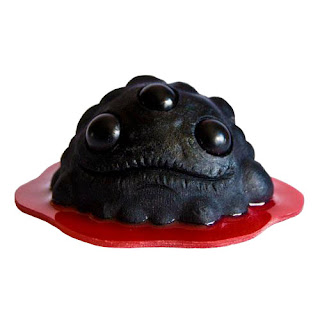 Brian Ahlbeck of Dead Hand Toys has been making some pretty cool resin toys for a while now, but this time he is actually allowing you to have your say in what he makes.  This little guy is called Gread, and you may have seen him before, but never has he been sitting in his own pool of slime!   Where did the slime come from?  Was it there already and he just kind of plopped down in it?  Did it come from Gread?  Does either way make it less gross?
Starting Tuesday, January 31st, you'll be able to pick from a list of colors for both the figure and the little pool of slime he has found himself in.  Then your toy will be created and mailed out to you.  All for only $20 (plus $3 shipping).  That is an insane price for something handmade and that you had involvement in.  Check out the website here starting at noon to place your order. 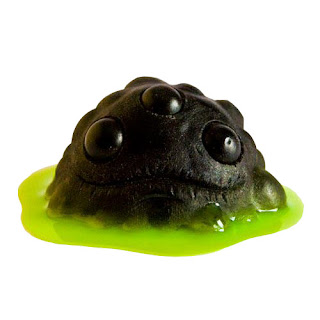