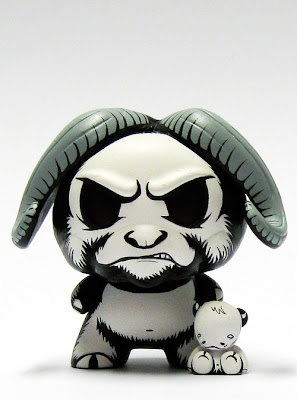 Jon-Paul Kaiser could have his own weekly column here.  Everything that he makes is amazing and deserves ample recognition, but I would have to quite my job just to keep up with it all.

This guy was made using a 3 inch Dunny and a very teeny tiny teddy bear zipper pull.  This was based on the "Lone Wolf and Cub" story of an executioner who was falsely accused of killing the leader of a Japanese clan.  He then finds his own family (all except his newborn son) slaughtered as revenge.  Well, he's not just gonna stand for that, so he has some revenge of his own to bring to fruition.  This is quite the creative interpretation of the tale in 3d form. 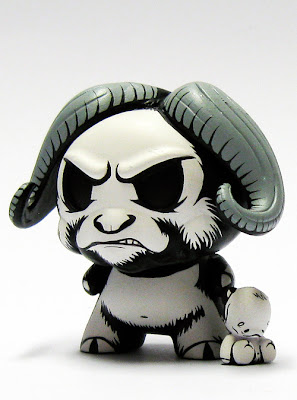 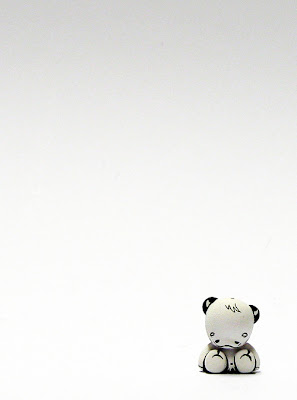