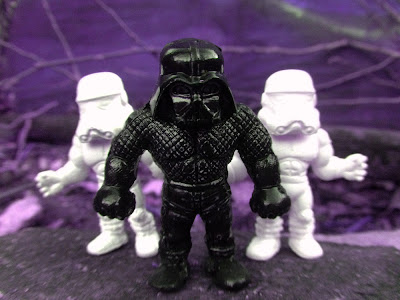 I think just about everyone in the world is making their own interpretations of the classic M.U.S.C.L.E. men figures.  I went over to my in laws house for Christmas and there, at the kitchen table, were a pile of little plastic dudes getting their heads sawed off and replaced with those of plastic dinosaurs.  Ok, that didn't happen, but it wouldn't surprise me if it did.

While there may be a lot of people making these dudes now, these have to be some of my favorites.  Edge of Doom, who I'm sure is really named Steve or something, has made Darth Vader and Stormtrooper wrasslin men and is selling them for cheap.  $10 will get you a 3 pack of Stormtroopers in either white, green, or pink.  $13 will get you a Darth Vader and two Stormtroopers.   It's the best deal of the year thus far.  Order yours at http://edgeofdoom.bigcartel.com/. 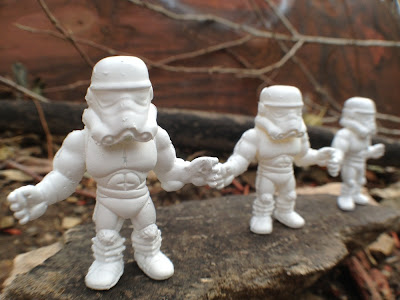 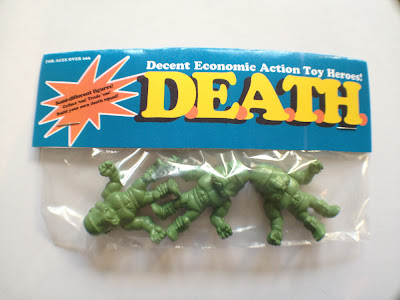 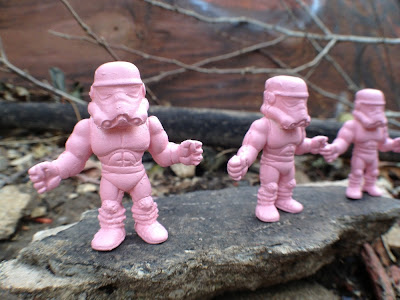