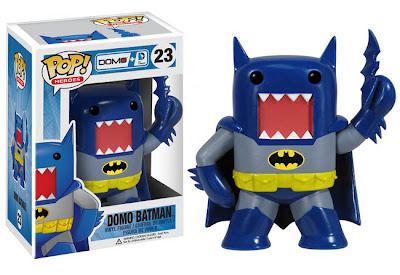 Can Funko do wrong?  I mean, if they sat down and were like "look, lets release something really crappy, like Sanford and Son toys" could they even suck if they tried?  By the way, if anyone with any authority on making these things is listening, I would buy Sanford and Son action figures.

But seriously, they're pairing up one of the world's most recognizable icons in Domo, with some of the world's most well known super heroes from DC Comics, and then turning them into their already ridiculously popular Pop! Vinyl style figures.  It's genius.  Look for these guys this February . 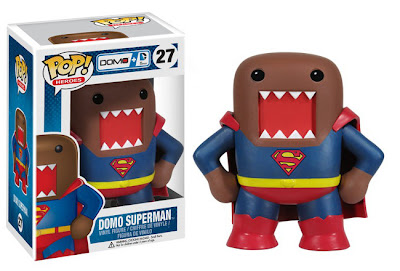 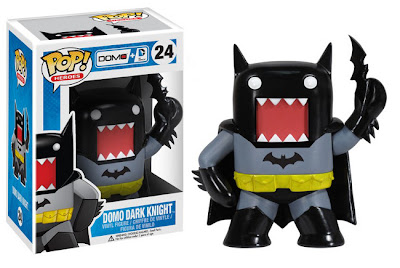 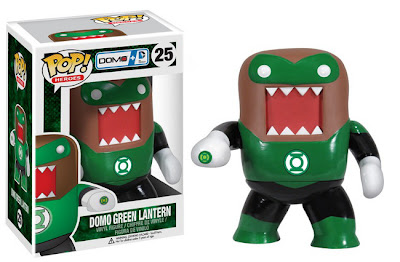 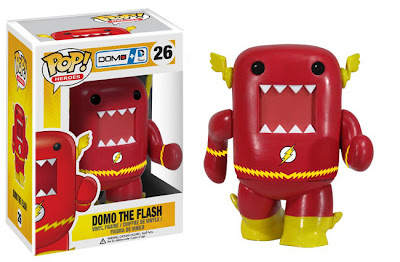 But did they stop there?  No, the genius kept on coming.  They also are releasing blind boxed mini figures next month too!  These feature a few extra characters and a couple rare ones that will have completists on eBay selling their souls to own. 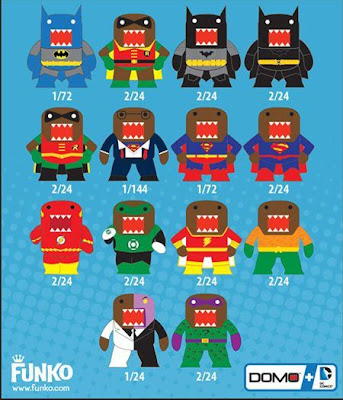