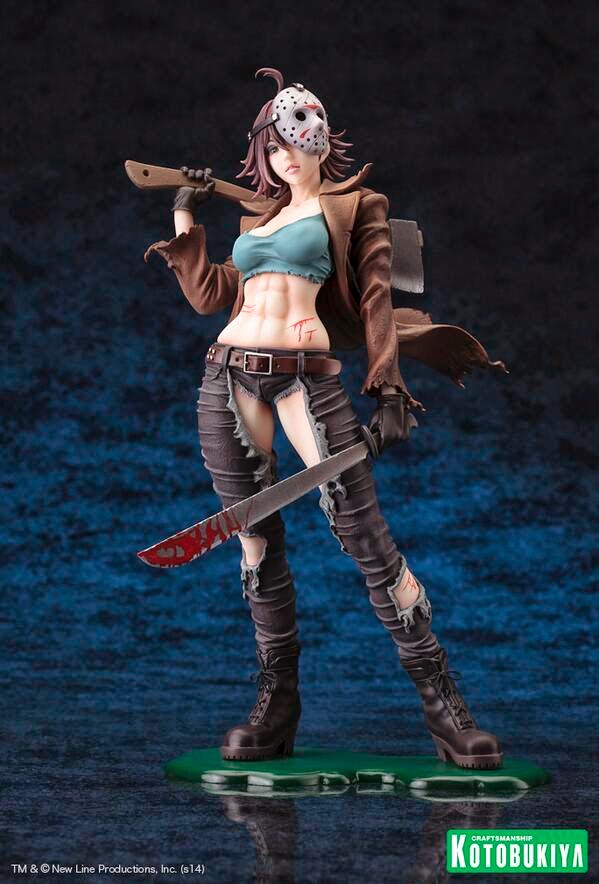 If Jason Voorhees really looked like this, no guy would mind that she was out murdering campers for fun.  And you could totally overlook the fact that she wanted to keep her mother's rotting head in the garage out back.  As long as she didn't kill you and she at least wiped most of the gore off of her before turning in for the night.  Because as a man, you can justify a lot of bad behavior in a woman as long as she's hot.  I'm not saying it's right, I'm merely providing a commentary on the state of the human race.

Kotobukiya has just released these photos of their Bishoujo-inspired homage to Camp Crystal Lake's most notorious drowning victim/supernatural revenge killer and the results are pretty stunning.  She's not slated for release until November, but that gives you time to save your monies. 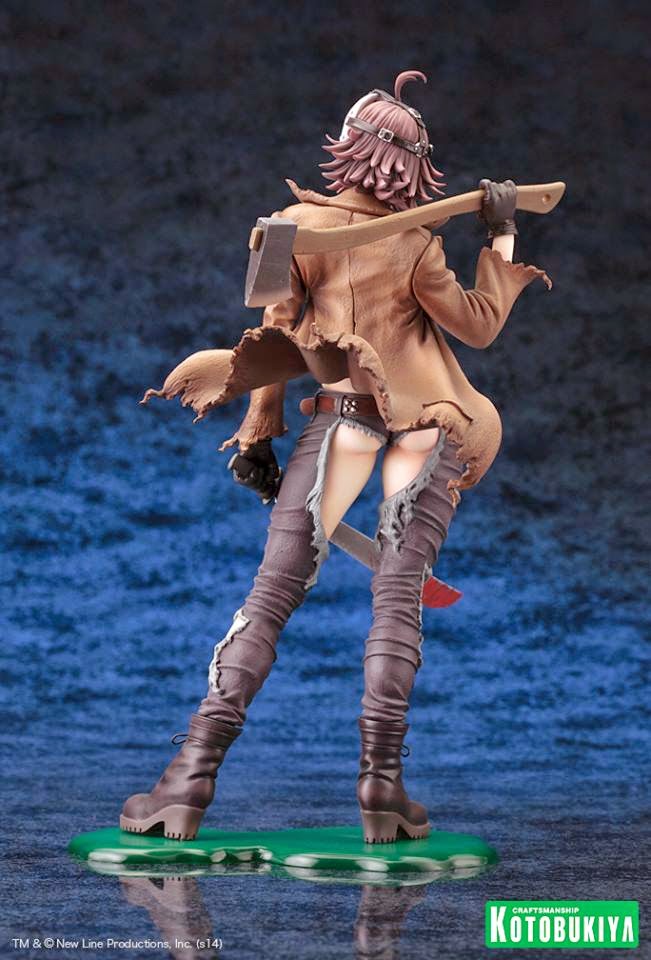 Email ThisBlogThis!Share to TwitterShare to FacebookShare to Pinterest
Labels: Friday the 13th, Kotobukiya