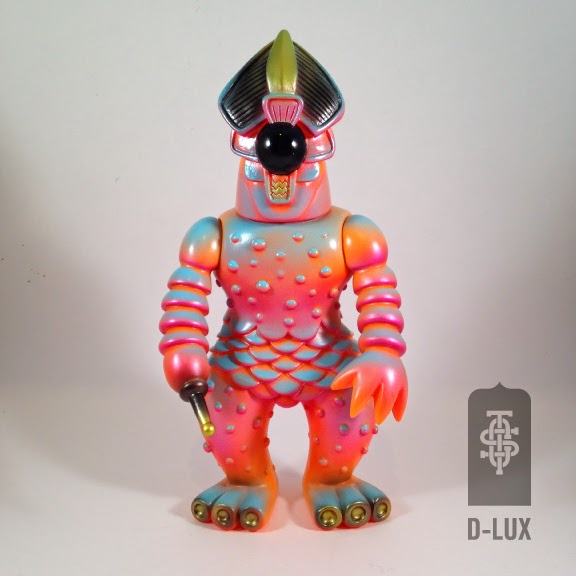 Has anyone else been watching Fargo on FX?  That show is great, but it's not a really good advertisement for Minnesota tourism.  While all the folks seem nice, the landscape (especially during the winter) seems like somewhere you would be sentenced to after being convicted of a felony.  And yes, I know it's just a tv show, but the place looks depressing.  The government there should scratch up some funds to make a show that's set during the summer so the rest of the world doesn't think that it is the ice planet Hoth 12 month out of the year and the only fun things to do are catch frostbite and murder folks.  Make me love you Minnesota.

I think if I had to live there I would have D-Lux come over and paint the inside of my house to combat the drabness outside.  Just look at the job he did on this Semi Korosiya from Cop A Squat Toys.  How could you not be in a good mood looking at this?  Buy one for yourself when they go on sale this Saturday, May 24th, at noon Eastern time from http://dlux.bigcartel.com/.  They are limited to only 8 pieces.