Why so serious?  I usually take giant bunnies who carry bloody knives and crowbars pretty seriously.  Something just doesn't seem pure about their intentions.  And giant bunnies don't even need weapons soaked in their victim's genetic makeup to be freaky.  Most of those dudes at the mall that want you to sit on their lap for Easter photos are pretty freakish looking.  They are instantly believable as remorseless killers.  Kinda like clowns, or politicians.  But then you dress one up as Batman's arch nemesis and you give him some toys to play with and there is no doubt that this bunny has more than chocolate eggs on his mind.

Speaking of Batman, have you seen the picture of Ben Affleck all dressed up in his armor?  I'm still holding onto hope that they were just kidding about him being Batman and secretly Christian Bale is still the guy.  But then I think that a Batman/Superman crossover is gonna be dumb anyway, so who cares if Ben Affleck is really the Dark Knight?  No, I still care and it still saddens me.  Moving on.

Ok, so these things go on sale Friday, May 16th at midnight in Tokyo.  That means if you live in LA, this killer bunny clown from Frank Kozik x Blackbook Toy will be available to you May 15th at 7am, 10am for those of you in New York, and 3pm in the UK.  I know it's kinda confusing, but if you want one you gotta be prepared and I'll help you as much as I can.  Just don't ask me for money, cause I don't want to have to laugh at you. 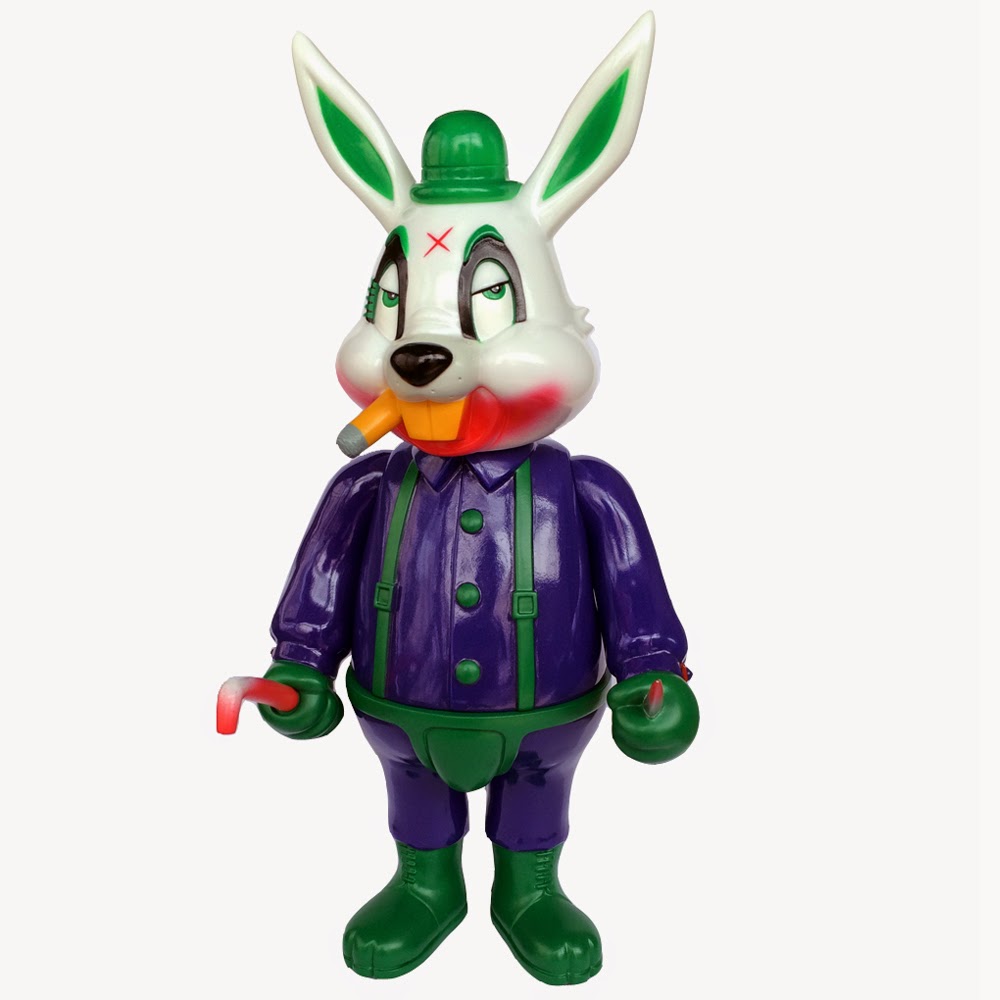