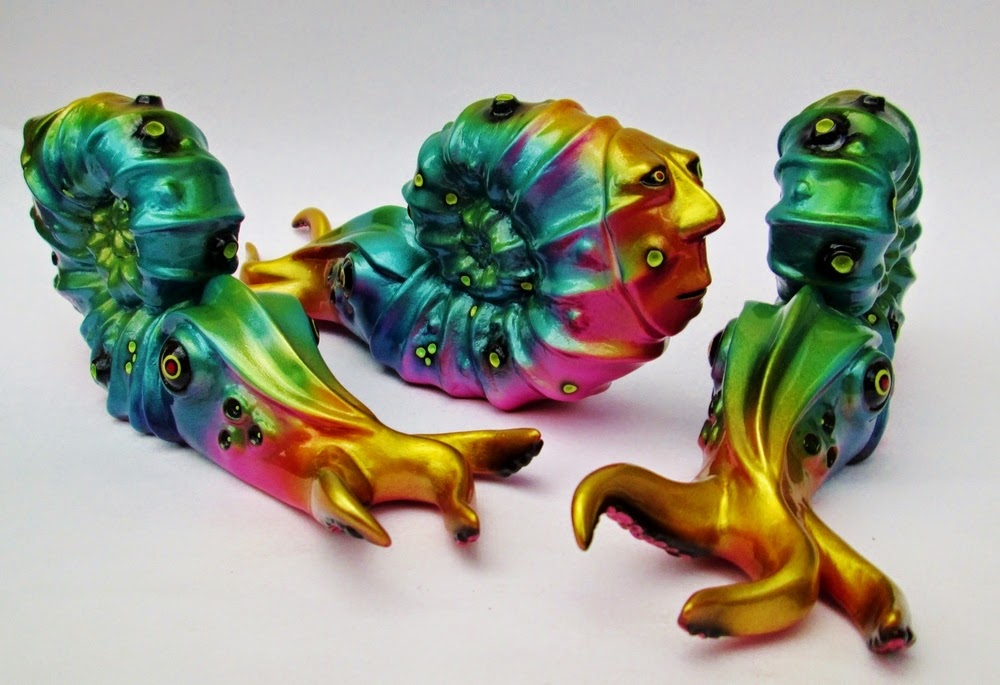 Did you see that new video of those dudes in a rubber boat trying to film a great white shark when the thing decides to EAT THEIR BOAT?  Further, documented proof, that the sea is trying to kill us.  We've been placated by the ocean's propaganda films (like Finding Nemo and The Little Mermaid) to believe that everything is all singing and dancing down there.  But I know the truth.  I know that we are nothing but tasty morsels just out of their reach.

Look at these guys.  I'm not sure whether they want to be friends our want to make houses out of our skulls.  They are nice to look at though, and thankfully made of plastic unlike their more murderous underwater kin folk.  You can add one of these Ammonaito figures from Mechavirus to your collection this very instant.  No, seriously, they just went on sale and I was refreshing the website to make sure they didn't sell out before I finished this post. Go now to http://www.mechavirus.bigcartel.com/ before they sell out.
Posted by Chris at 9:28 AM

Email ThisBlogThis!Share to TwitterShare to FacebookShare to Pinterest
Labels: Mechavirus