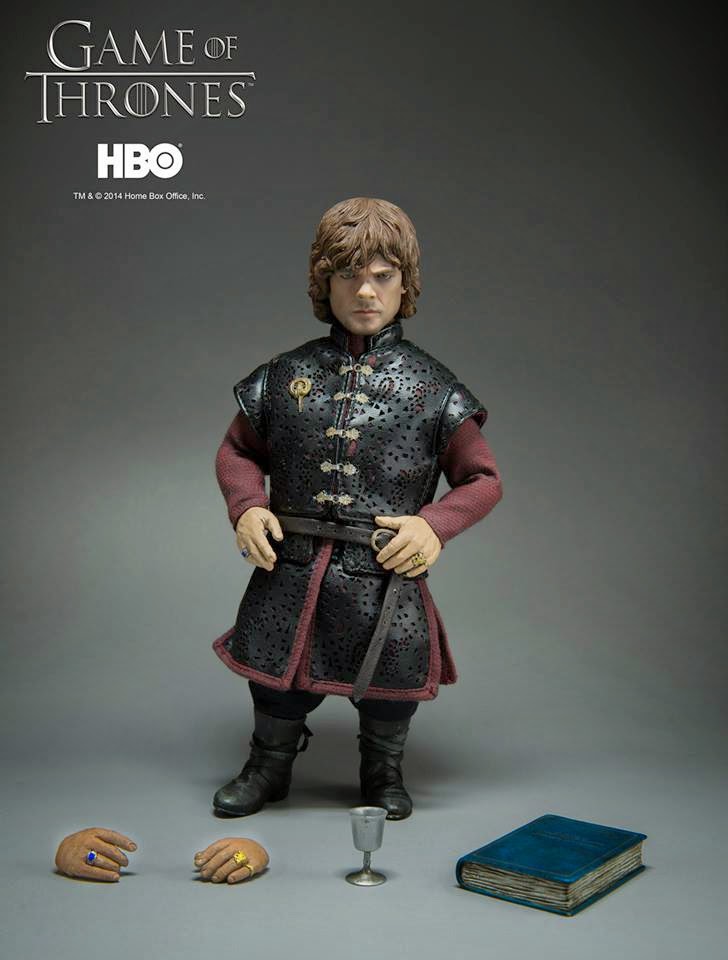 How good is Game of Thrones this season?  It's physically killing me that I can't just watch every episode back to back, because they have ended every one with some pretty sweet cliff hangers.  I watched the first three seasons on DVD in a matter of days and that really spoiled me, cause I could just look at my wife at the end of every episode and get the visual cue for the next one.  This time around I have to quickly change the channel so we don't miss the start of Mad Men, which is like a warm down exercise so we can sleep.

Anytime a show is successful there's going to be a ton of merchandise that you'll be able to buy, but no other figure will ever compare to the quality you'll get from threezero.  Sure, they won't be as cheap as something you'd find at Toys R Us, but once you get one in the mail you'll never regret your purchase.  These things feature real clothes, amazing sculpts, and even extra parts to change the look of the toy.  The first figure in their Game of Thrones line is Tyrion Lannister, who pretty much steals the show every time he's in it.  You'll be able to preorder the real savior of King's Landing starting May 26th at 9am Hong Kong time at http://www.threezerostore.com/.