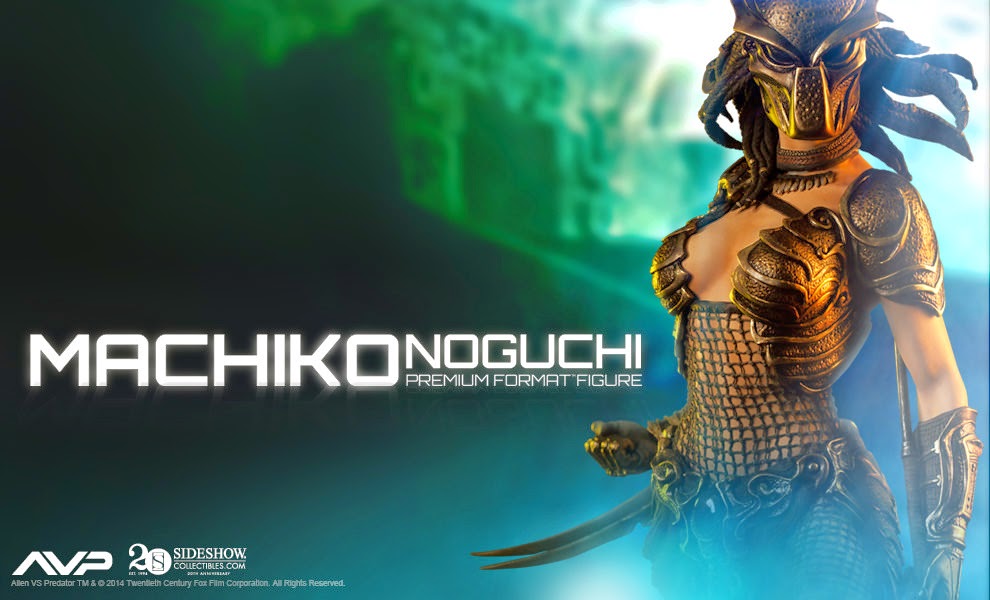 I can honestly say I had no idea anything like this was going on in the Predator universe.  I mean, I guess baby Predators had to come from somewhere.  I still have no idea how this semi-naked huntress figures into things, but I'm not mad about it.  The entirety of the internet is based on the two C's:  cats and cleavage, and while I don't notice and feline critters roaming around, this figure has an ample amount of the latter.  I can here the collective rejoicing of fan boys everywhere as they realize they can preorder this premium format figure from Sideshow Collectibles on May 15th.  If you're going to be hunted and killed as a trophy, it would be much better to have her do it than one of her gross faced counterparts.  At least you can die with a smile on your face.
Posted by Chris at 9:46 AM