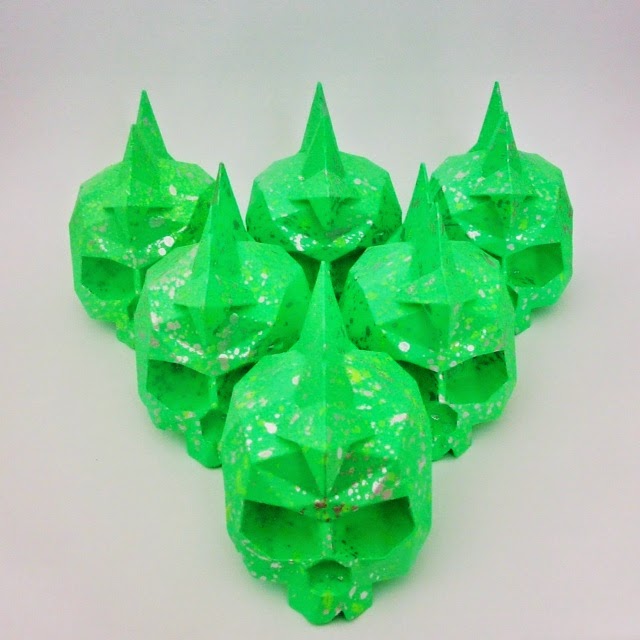 I know what you're thinking.  You're wondering "Chris, why did you post so late today?"  The answer is because I had to pretend to be an adult and go buy tires.  Pretty useless right?  I'd rather be buying toys and stuff I really want, but instead I dropped $300 on new tires and an alignment to make my car a little less death-trapy.  Being a responsible grown up is crappy.

Some days I just want to get a face tattoo and play my guitar until the neighbors call the cops and then I'll be belligerent and get arrested and use my one phone call to order Chinese food that I won't even eat and they couldn't deliver to me in jail anyway.  Damn the man!!!!!!  Or maybe I could shave my head into a sweet mohawk like the Punk's Not Dead Skelevex have.  I don't think I could get my hair to look as geometric though.  The world is unfair I tell you!

These go on sale tomorrow (Friday May 30th) at 11pm BDT only through http://skelevex.bigcartel.com/ and are limited to 9 pieces.