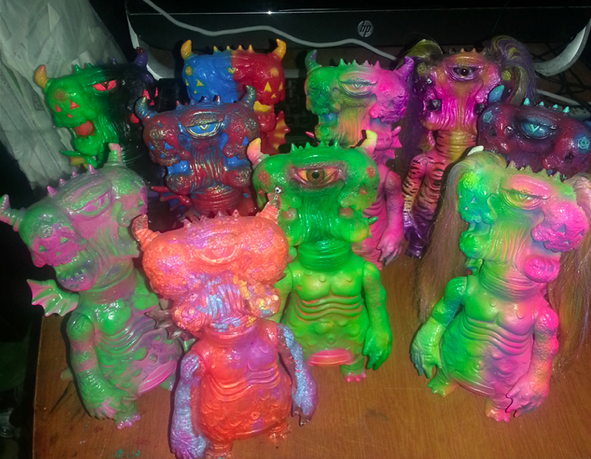 What is it about monsters that is so appealing?  Is it because the bad guy always seems like he's having a bit more fun?  I it because we each have a little bit of the sinister within us all that these guys appeal to?  Is it because they are creative representations of how harsh the world we live in has become?  I think it's because we're all bored.  We're bombarded with so many things that just aren't interesting that we lose are minds when we see something with so many nuances, so much detail.  That's how I feel about Frank Mysterio's Antichrist 666 figure.  While it has a name that many people would feel uncomfortable with, this is one intense monstrosity.  He's a complex character that is anything but run of the mill.  Right now you can snag one of these dudes for only $60 as part of a lucky bag sale Frank has going on right now.  Head over to http://frankmysterio.bigcartel.com/ and pick yourself up a crazy looking toy on the cheap.