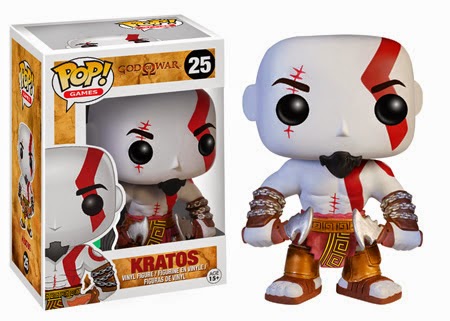 Kratos is the baddest dude in the history of video games.  He slaughtered every monster that looked at him sideways, became a god, destroyed not only the titans but the entire Greek pantheon and then plunged the entire world into unimaginable chaos.  And he did it all while being forced to wear the ashes of his dead wife and daughter.  Doesn't make that dolphin tattoo you got on your ankle during spring break much of a good story anymore does it?

Funko has gone and tried to make the former God of War as cute as they could in Pop! Vinyl form.  He's available now to inspire you to greater heights of manliness.