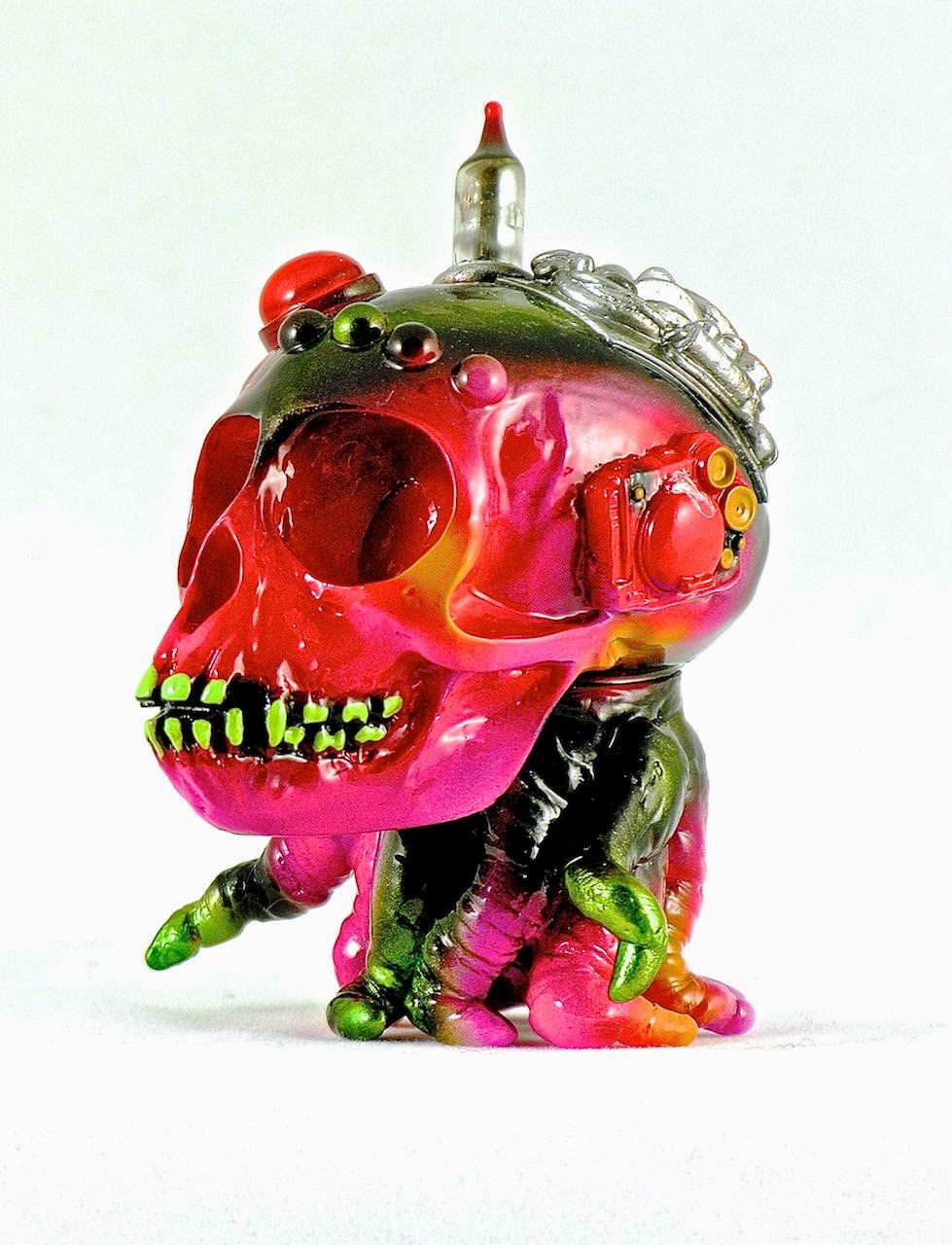 The longer I do this, the more my views on toys and what I want to collect have changed.  Sometimes in a negative way, but I'd rather focus on the more positive aspects.  For one, I have grown a tremendous appreciation for the people that are doing it all on their own.  No big company or investors backing them with endless capital, no factories churning out tens of thousands of the exact same "limited" toy.  No, these are the guys that cleared space in their house, filled it with sometimes toxic chemicals, and made their crazy visions a reality.  Their minds are filled with paint schemes and character names and trying to figure out the time to make it all happen.  And like most writer's (certainly this one) they do it for love rather than money (though money would be pretty awesome).

Two of these people that I have come to admire are Plaseebo and Mechavirus, and they have pooled their insane talents on these Skulloctopus figures.  There are six of these figures in this series, each one different from the next so that you truly get a one of a kind piece.  They're going to be available this Friday, June 6th, at http://www.plaseebo.net/news/ for $175 each. 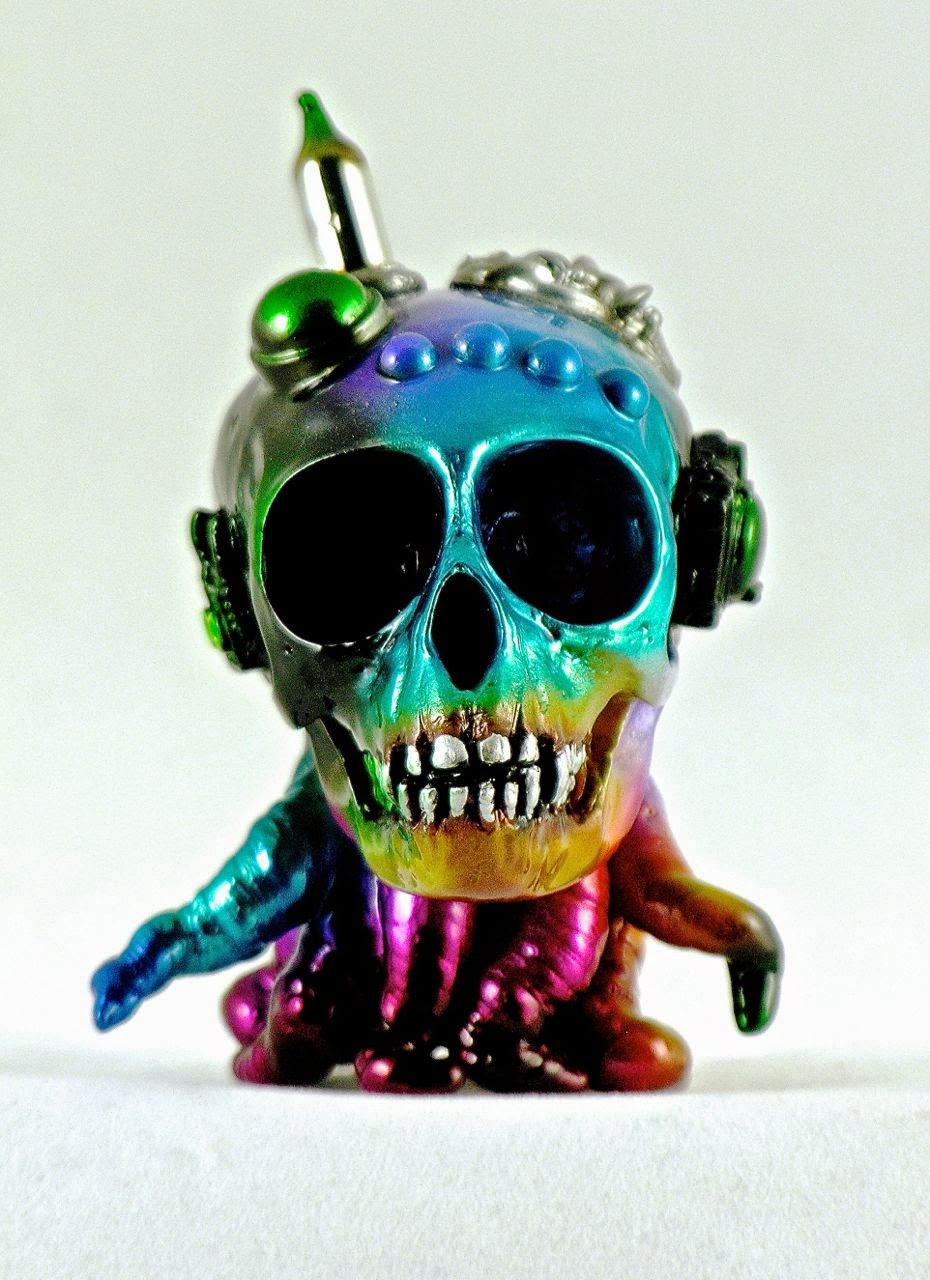