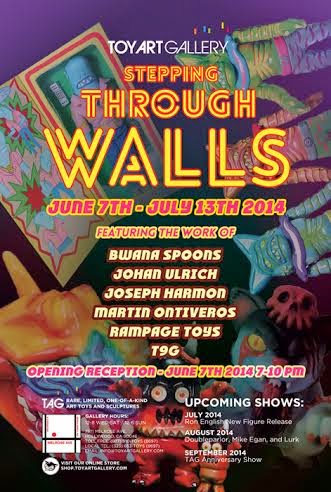 So I originally posted this last week, but the show is actually THIS SATURDAY.  I swear that I'm not drinking when I'm updating this site. However I am usually stopping one or more cats from eating something they shouldn't on my desk or trying to play Smackdown on all my stuff.

Toy Art Gallery has a pretty big show starting Saturday featuring some cool toy folks, but the reason I would be there (if I lived, oh I don't know, about 3,000 miles closer) is for these Death Cat figures from Johan Ulrich: 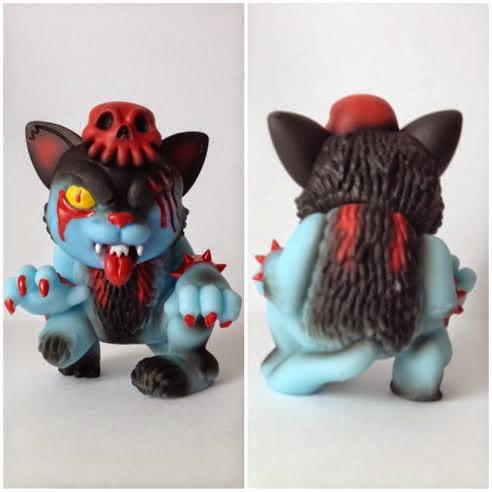 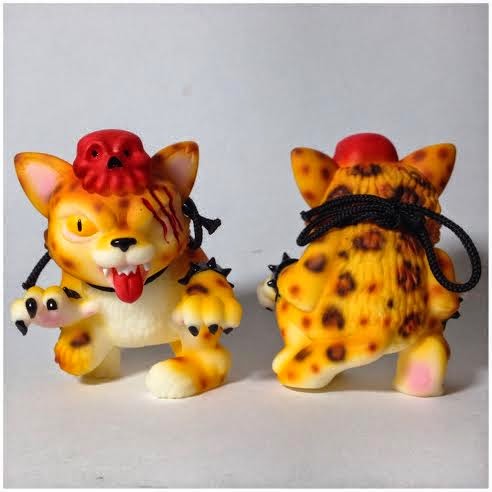 How great are these?  The answer is "these are amazing."  When we first got married, my wife and I lived in an apartment complex that had a few stray cats living outside.  One of these dudes was quite a beast, and he was missing his tail, half of an ear, and only had one eye.  We named him Carlos because when you looked at his face you could almost hear him say "Whas up homes."  He may or may not have even been a dude, he never let us get that personal.  We wanted to bring him in the house soooooooo bad but he wasn't having it, and it took us nearly two years to even get close enough to pet him.  Now fast forward four years and my wife is waiting on someone at her job who lives in our old neighborhood.  She starts talking about how she misses the outdoor cats and the lady whips out her cell phone to show her pictures of a cat she was able to bring indoors.  And of course its Carlos!!  He finally decided to put the streets behind him and settle down into a life of luxury.  So every time I see these toys it reminds me of him and maybe that's why I like them so much.

You lucky folks in the Los Angeles area will get first crack at these guys during the opening of the show on Saturday and Johan himself will be there along with most of the other artists participating.