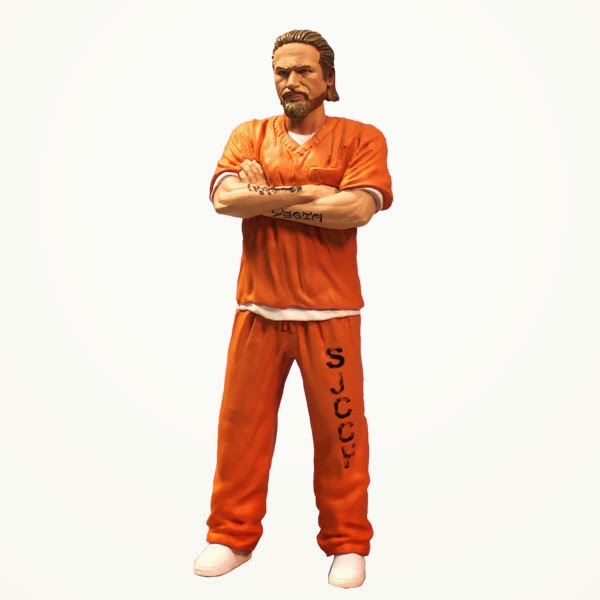 I'm gonna be honest with you:  I am not cut out for prison.  For one, I got a big germ problem.  The first time my cell mate poops in front of me I might lose my mind.  And I'm not the biggest fan of getting punched in the face, or shanked with a tooth brush that someone has whittled down to a lethal point.  I think if I ever had to go to jail I would just start acting crazy so they put me in solitary so at least I can go insane because of my own lame company and not because some behemoth has decided I'm the prettiest thing he's seen in a long time.   And I don't think they have Wi-Fi.

I can't believe Sons of Anarchy is in the midst of filming their final season right now.  I'm excited to see how the whole thing wraps up, because there's no way it's not going to blow my mind, but I'm sad because it is the end.  I've invited these characters into my home for the last seven years and lived vicariously through their fictional lives that are far removed from mine and it will feel like losing a friend.  But the show will live forever in DVD players and on shelves of collectors through Mezco's line of action figures.  Their newest release is going to be this version of Jax Teller all decked out in his finest correctional facility wear.  He'll be available at all the major conventions this summer as well through a preorder at http://www.mezcotoyz.com/ beginning June 13th at 1pm Eastern time.