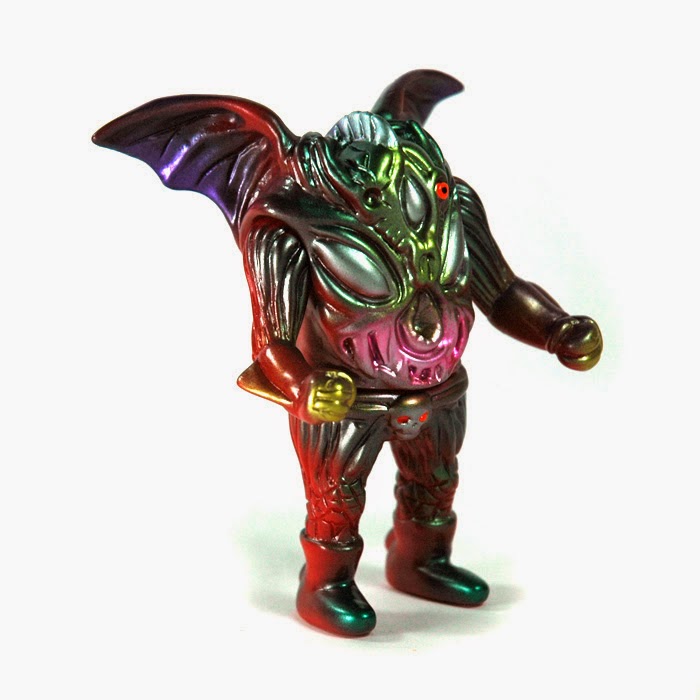 The United States is all about flying these stupid unmanned drones over all of its cities to spy on everyone, but how long do you think it's gonna be before a bunch of hillbillies start shooting them out of the sky?  Maybe drone taxidermy will become a thing and people will mount their heads over their fireplaces with little brass plaques telling the date and location of their kill.  Yeah, we'll probably never find out if people are doing that because I would imagine the jail time would be pretty intense for shooting down the government's toys, but I'd love for it to catch on.

If the government were smart, it would have designed all of its drones to look like a Luftkaiser.  Could you imagine seeing this thing flying around and trying to peek in your windows?  You'd be so terrified the last thing on your mind would be trying to shoot it and get close to it.  Now I would like it to become a thing where the government redesigns all drones to look like monsters.

Paul Kaiju hand painted a run of these scary looking dudes that will go on sale exclusively through Toy Art Gallery tomorrow, Friday the 20th, at noon Pacific time.  You can get one for $75, which is a lot less than the fine will be for blowing a drone out of the sky.  I think I said "drone" enough in this post to now be on an official NSA watch list.  Oh joy!